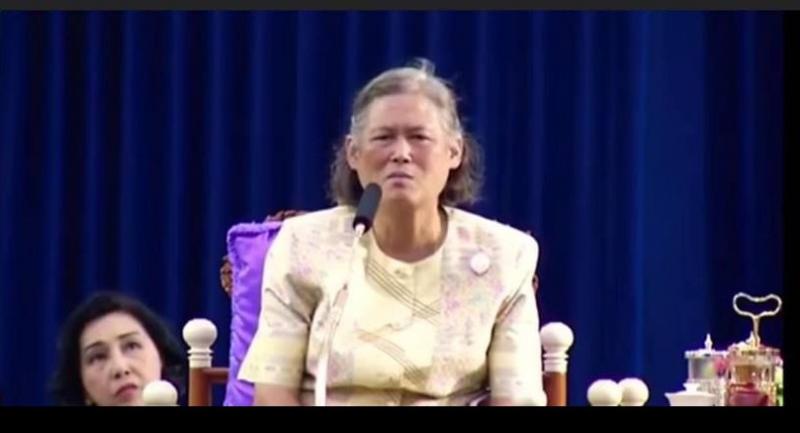 “I experienced it myself when I boarded a helicopter from Loei to Sakhon Nakhon provinces one evening. I looked down and saw hundreds of fires throughout the way. The smoke from the fires even entered my helicopter, which was already flying high,” the Princess said.

“After that I felt sick with something like an allergy and then a cold,” she said.

She was speaking on Monday to an audience who had come to wish her on her birthday. She turns 64 today.

This problem along with water shortage is not good, she said.

The Princess said she was informed that measures were in place to prevent the burning of sugarcane but she did not know whether fields growing other crops were still being burned.

“The groups of fires that I saw that day, I could not say what they were because it was a night-time. I feel that it was part of the growing problems of the country,” she said.

She did not say when she had visited Loei and Sakhon Nakhon.