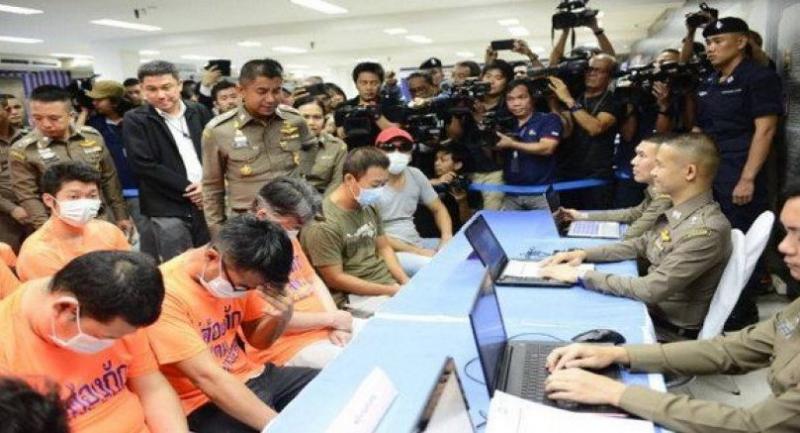 Suspect Kim Jae-jin, who is wanted by Interpol and faces an arrest warrant issued in South Korea for running online football gambling operations, was nabbed in Thana City housing estate after the arrest of seven to eight gang members. Surachate said the gang reportedly dealt with cash flow of as much as Bt2.8 billion.

Kim arrived in Thailand on June 27, 2017 and had renewed and changed his visa so he could stay here legally until November 13, 2018, but did nothing to renew his visa after that. Hence, he also faces charges of overstaying his visa.

After being presented with the Interpol’s Red Notice number A-1038/2-2017, Kim reportedly admitted that he was a “wanted man”, so police proceeded with charging him for overstay before deporting him to face charges back home.