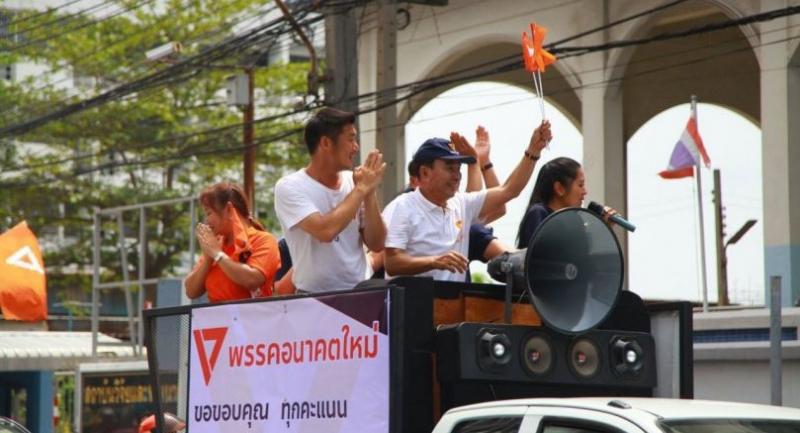 Future Forward party leader Thanathorn Juangroongruangkit boarded a pickup on Tuesday to tour Samut Prakan province and thank those who voted for his candidate at the general election.

Wuthinan Boonchu sneaked in to win one of the seven Lower House seats in a province which had been stronghold of the Pheu Thai party for several years.

According to the Election Commission’s declaration of the unofficial result on March 25, the day after the poll, Samut Prakan’s six others seats were won by the pro-junta Palang Pracharat party that nominated the incumbent premier, Prayut Chan-o-cha, to be the next PM.

Thanathorn started his thank-you tour at three markets: Samrong and Iam-charoen. Wuthinan himself also attended to show his gratitude.

The group was warmly welcomed by local people. Thanathorn was seen to wai to express his gratitude and many people waved back at him, while others greeted him, shook hands with him and took selfies with him.