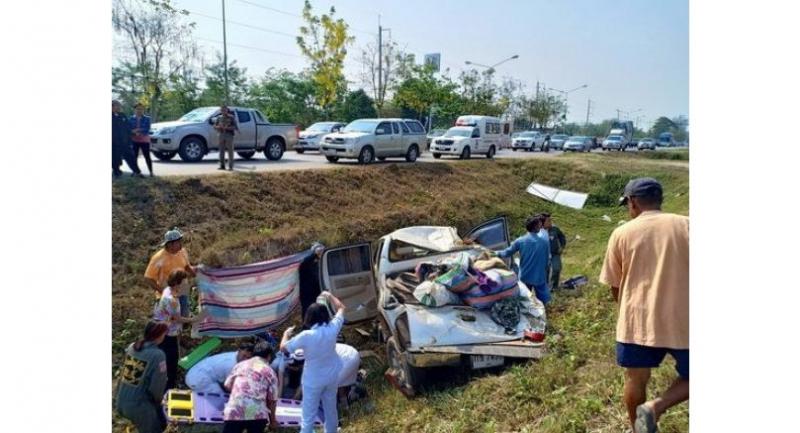 A pickup truck hired to transport six Lao migrants back home for the Songkran holidays overturned in Loei’s Mueang district on Monday morning, killing one of them and injuring the other five.

The vehicle, driven by Suwan Boonnak, overturned after plunging into a roadside ditch in Ban None Kudjub village in Tambon Napong at 9am.

Suwan, who was slightly injured, told police that he had dozed off behind the wheel and lost control of his truck.

Lao male Ton Khamprasord, 45, died from his injuries after he and three other Lao men and two Lao women were rushed to Loei Hospital, police said.

Suwan said he had been hired by the six Laotians to take them from Loei’s Wang Saphung district to the Chiang Khan border checkpoint, where they would cross back into Laos for the long Songkran holiday period.