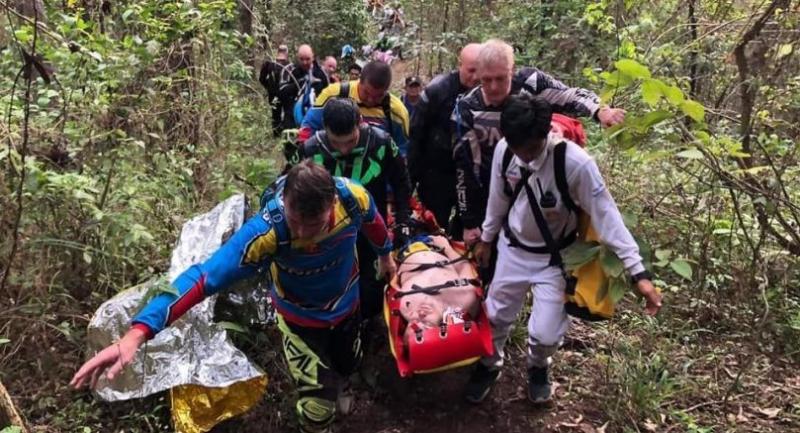 Rescuers on Monday carried a Finnish tourist down from the top of a mountain in Chon Buri’s Bang Lamung district after he had collapsed and become stranded there for more than nine hours.

Officials from the Sawang Boribun Thammasathan Foundation and Bang Lamung district office completed the rescue of Jo Han (not official spelling), 37, at 10.30pm, before rushing him to hospital.

The Finnish tourist and a group of foreign friends had ridden their motorcycles up the forest trail to Khao Wai mountain in Tambon Khao Mai Kaew on Monday morning. However, after reaching the summit, Jo collapsed because of a pre-existing ailment, and some of his friends rode back down the mountain to seek help.

Officials first sent a team of motorcyclists to evaluate his symptoms, before sending two teams of 15 rescuers to take turns in carrying him down the mountain.

While he was being carried down, rescuers had to connect him to an oxygen tank to help his breathing.