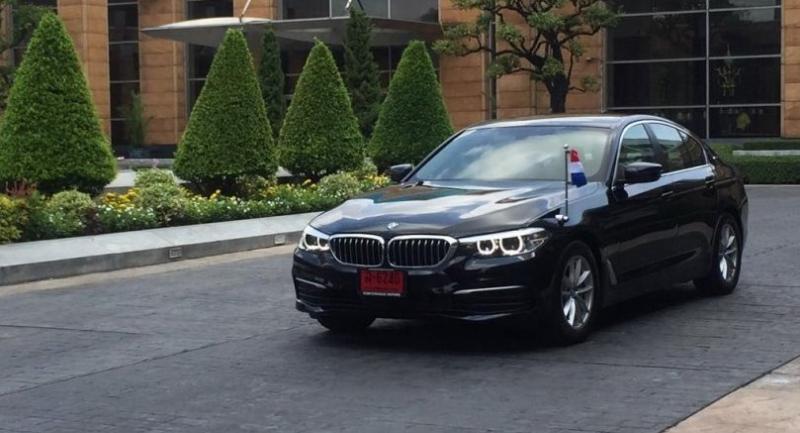 THE FOREIGN Ministry yesterday summoned foreign envoys one by one to accuse their embassies of taking sides in Thai politics.

The ministry’s diplomatic aide memoir objected to the presence of envoys at Pathumwan Police Station last Saturday when Future Forward Party leader Thanathorn Juangroongruangkit arrived to hear charges against him. But the US Embassy told The Nation that attendance at legal prosecutions is standard practice.

“Regardless of the intention, the presence of embassies’ representatives at the police station, with such visibility and [with] the publicity it generated, was clearly an act of political significance, seen by the Thai public largely as a show of moral support for Mr Thanathorn,” read the aide memoir, a copy of which has been seen by The Nation.

Representatives of the United Nations Human Rights Commissioner, the European Union, the United States, the United Kingdom, Canada, France, Belgium, Australia, New Zealand, Denmark, Finland, Germany and the Netherlands were present at the police station on Saturday when Thanathorn arrived to hear sedition and other criminal charges.

The charges referred to his presence at an anti-junta protest in 2015 and alleged that he had provided a vehicle for a protester to escape detention.

The billionaire-turned-politician accused the junta of harbouring a political motive for prosecuting him after his party did far better than expected in the March 24 election, capturing more than 80 seats in the House of Representatives.

Future Forward joined the pro-democracy and anti-junta camp that includes the Pheu Thai Party, bidding to compete against the pro-junta Phalang Pracharat to form a government after the election.

The international community and local rights groups have criticised the junta for its plan to try Thanathorn in a military court.

Foreign Minister Don Pramudwinai on Tuesday slammed the envoys who showed up on Saturday, saying their presence was diplomatically inappropriate. Foreign representatives could get involved in the Thai judicial process only when their own citizens were prosecuted, he said.

The ministry’s aide memoir says the Thai government respects the rights of foreign embassies to monitor political developments and observe events of significance for the benefit of their analysis and assessment and for promoting friendly relations. But the incident at the police station while police were carrying out their duty “was clearly not consistent with international practice and obligation”, it continues.

However, deputy National Police chief Srivara Rangsibhramanakul said the diplomats were invited to a briefing after Thanathorn’s interrogation at Pathum Wan Police station had finished. They did not join the session as expected, he said.

The US Embassy, whose political counsellor was at the police station on Saturday, said having representatives attend such prosecution proceedings is standard diplomatic practice.

“The US interest in this case, as in many other cases, is to observe the judicial process and obtain first-hand information about the handling of the case,” said Jillian Bonnardeaux, the embassy spokesperson. US Charge d’Affaires Peter Haymond was among the diplomats who met separately with a senior official at the foreign ministry yesterday to take the aide memoir.