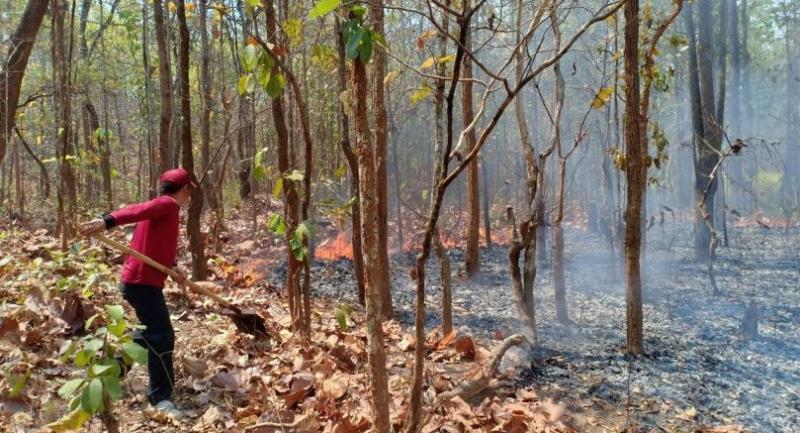 Northern forest fires have flared up again with 145 hotspots in Mae Hong Son, while outbreaks in neighbouring Myanmar and Laos caused more than 4,000 hot spots.

As of 1.30pm on Wednesday, the Geo-Informatics and Space Technology Development Agency's fire monitoring system showed that there were 145 hot spots in Mae Hong Son (28 in Sop Moei, 28 in Mae Sariang, nine in Mae La Noi, 21 in Khun Yuam, 23 in Muang, five in Pang Mapha, and 31 in Pai).

So far, water-spraying helicopters had conducted 300 flights in Mae Sariang and Sop Moei.

In the meantime, the Pollution Control Department at 9am, put the 24-hour average of PM2.5 between 63 mcg and 152 mcg in nine northern provinces. The Thai safe limit is 50.