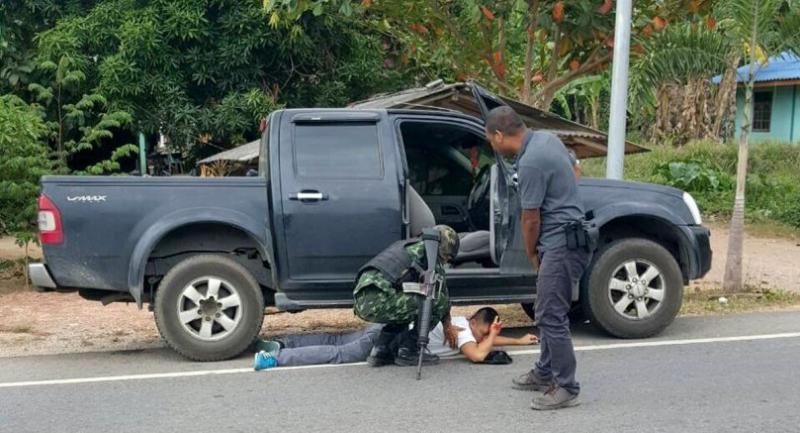 A policeman was injured along with a suspected insurgent when the two sides clashed in Songkhla's Sabayoi district Thursday.

The exchange of gunfire took place at 10:30am when troops and police reportedly searched for suspects in Ban Long Khuan village in Tambon Khuha. The team received a tipoff that December 26 Khuan Niang district bombing suspects were hiding in the village.

When the team arrived, the suspects opened fire, according to the authorities.

A suspect, Amarun Mudoh, was later found severely injured. He was taken to the Sabayoi Hospital. Police said Amarun was wanted for the 2018 bombing and he was also suspected of stealing cars in Songkhla's Thepha district on January 8.

During the shooting, Pol Sgt Sitthikorn Intasao, a border patrol officer, was injured and taken to the district hospital. He was reported to be in a stable condition.