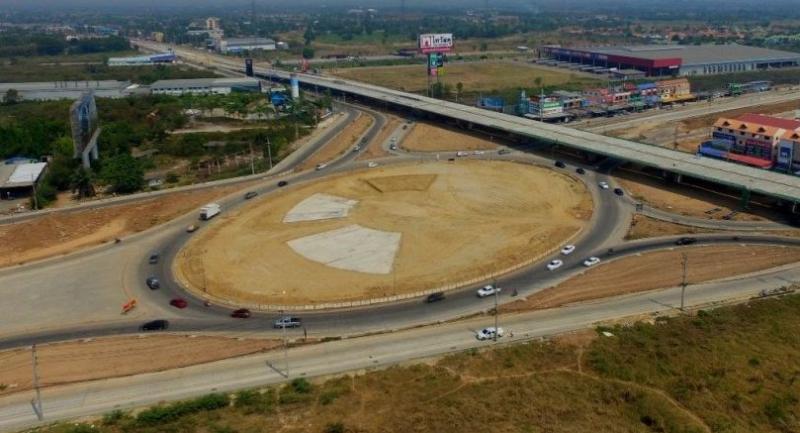 The Highway Department opened a roundabout under construction at the Indochina Intersection in Phitsanulok for motorists during the Songkran holiday.

Phitsanulok is a gateway for motorists from central provinces to drive north. The route is normally jammed during holidays, such as New Year and Songkran.

Jessada Boonrod, director of the Phitsanulok Highway District, said the route could be worse this year as the construction of a flyover and roundabout at the Indochina Intersection has not been completed.

Jessada said construction work was suspended on Wednesday and would be resumed on April 18.

Speeds are limited to 30kmh. He said signs had been installed to explain the directions at the roundabout and officials would monitor traffic flow and may direct traffic manually if congestion builds up.

Jessada advised northbound motorists to use the bypass on the other side of Phitsanulok or use the highway 126 at the X-ray Intersection to the Ban Krang Intersection where they could drive to Ban Pradok Intersection and access Uttaradit.