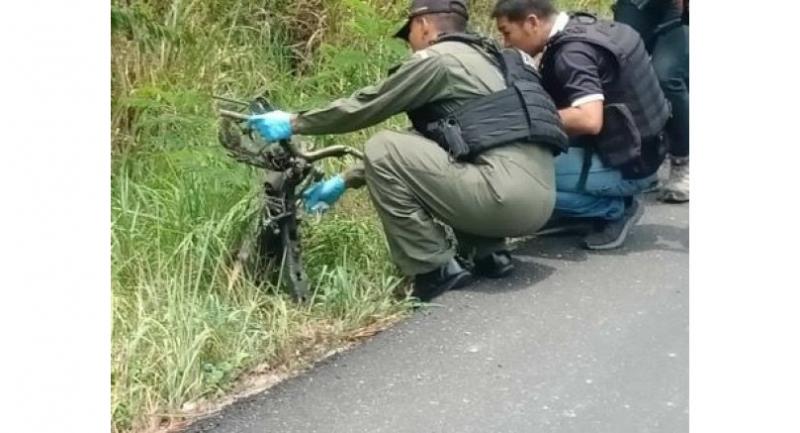 Four policemen and a female civilian were injured on Friday morning when a bomb hidden in a roadside bicycle exploded just 300 metres from the Na Pradu Police Station in Pattani's Khok Pho district. Police and an Explosive Ordnance Disposal (EOD) responded to the 11.20am blast in front of Ban Koh Ta rubber wood processing factory on the road number 409 in Tambon Thung Pla. Among these wounded, Jatupon was the most seriously injured.

Suspected insurgents planted a bomb-laden bicycle at the roadside before detonating it when the police pick-up truck passed, police said.