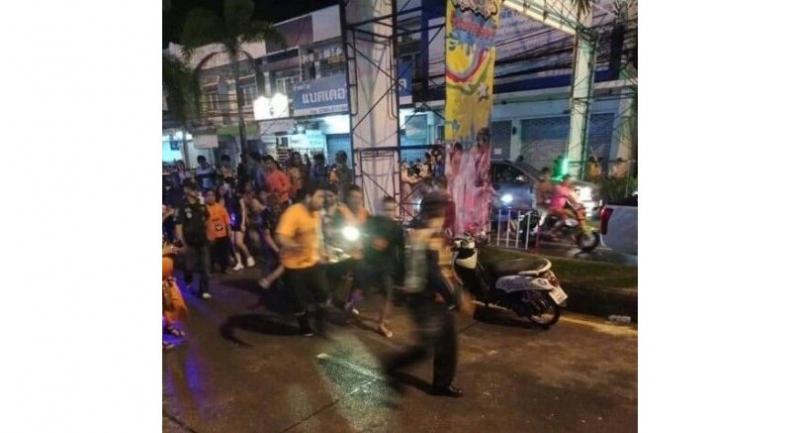 A 14-year-old Rayong girl was electrocuted while attending a Songkran party in Chanthaburi province on Friday night, just a moment after she had posted a Facebook Live broadcast of herself attending that party along with several friends.

The girl, whose clothes were wet, sustained fatal injuries when she accidentally touched a metal frame arch that was installed with decorative lights and a water pipe to release a water curtain on Khao Thip Road at 10.20pm on Friday.

The girl was given cardiopulmonary resuscitation and was rushed to a local hospital but she succumbed to her injuries, Pol Lt-Colonel Chawarin Wongchitapa of Muang Chanthaburi Police Station said.

As the death was suspected to have been caused by power leakage from an electrical motor, the Chanthaburi police chief, who later led officers to inspect the scene the following morning, said the event organiser might be held accountable for the fatality.

The death by electrocution occurred even as many Songkran sites over the weekend held foam parties -- an activity considered even more vulnerable to cause electrocution than the usual water wars -- ignoring a ban.

National Police deputy commissioner Pol General Chalermkiat Srivorakan had warned early this month that Songkran foam parties were banned as a precaution for public safety. The senior police officer had said that there had been several deaths due to electrocution and injuries from electric shocks at foam parties during previous Songkran celebrations.