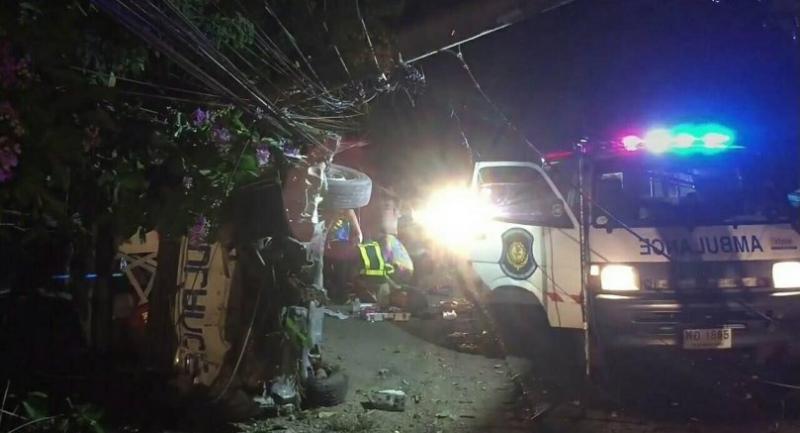 Three people were killed and one injured when an ambulance driving at speed, lost control, crashed into a resident’s home fence, also toppling a power pole in Phayao province. The accident happened when the ambulance was rushing a gunshot victim to a hospital on Saturday night.

Following the accident report at 9pm, police and rescue workers rushed to the scene on the Dok Kham Tai-Ban Tham Road in Tambon Don Sri Chum. They found two dead bodies – of the ambulance driver, Kittinan Rachananet, 26, and the gunshot wound victim identified as Panya Maikham – inside the wrecked vehicle. Two others – Ban Tham rescue workers Worawit Intawicha, 20, and Nipon Muangmul, 27 – were rushed to a hospital but Worawit was pronounced dead later.

Police suspect the ambulance was travelling at a high speed to rush the emergency patient to hospital when it lost control and crashed.