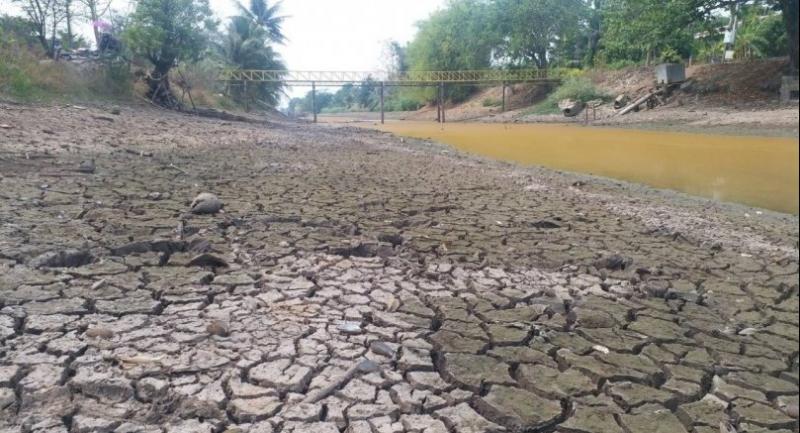 Minister warns of severe shortage under impact of El Nino if people do not use their resources prudently.

THE GOVERNMENT has ordered all relevant agencies to be cautious in managing the country’s water supplies and also urged people to use water wisely, as the prospects of a severe drought appear on the horizon.
Deputy Prime Minister General Chatchai Sarikulya on Saturday expressed concern about a severe drought next year, as the climate in Thailand was drier than usual this year, due to the impact of El Nino.
He warned of the risks of serious water shortage if we remain unprepared and the reservoirs run low when the dry season returns in November.
Leading domestic and international agencies, including the Thai Meteorological Department and the US National Oceanic and Atmospheric Administration (NOAA), have forecast that the El Nino phenomenon in the Pacific Ocean will remain mild for the rest of this year. Hence, the Asia Pacific Region, including Thailand, will face a hotter climate and lesser rainfall.
“We need to reconsider our water management strategy and reprioritise the water supply allocation for this year, because we have found worrying issues of low water deposits in our irrigation system and larger water demand due to unplanned agricultural expansion,” Chatchai said.
“Considering the long-term forecast of a drier-than-usual rainy season, if we fail to promptly handle these issues prudently, we will not be able to prevent the escalation of the localised water shortage problem into a nationwide disaster.”

Unplanned farming
Chatchai said that higher water demand from unplanned farming expansion, especially rice cultivation, was a major factor in the unexpected acceleration of water consumption from the agricultural sector, which contributed to the drying up of many major reservoirs.
The deputy PM revealed that currently 23 large reservoirs were below 50 per cent of their total water capacity.

The Northeast was hit the hardest, as seven major dams in the region now have critically low water deposits, so even the irrigated areas are at risk of suffering from water shortage.
“We are all aware that we have to endure the unpleasant effects of El Nino for the rest of this year, so we would like to ask all people to use our limited water resources very carefully,” Chatchai said.
“The [water] situation this year is quite similar to 2015, so the local authorities may apply the same drought-tackling measures to handle the problem. I’ll be visiting the drought-affected areas in the Northeast after the Songkran holidays to personally oversee drought relief activities.”
Water scarcity has already affected many parts of Thailand. The RID’s Smart Water Operation Centre (SWOC) reported that spare water resources, which the RID allocates for human consumption, ecosystems, factories and farming for the entire dry season, are being used up fast, cutting off irrigation to large areas of farmland, mostly in the Northeast.
SWOC revealed that, as of yesterday, the national dry-season water resources amounted to only 1.4 billion cubic metres, 7 per cent of the total 23.1 billion cubic metres at the beginning of the dry season.
The situation was even worse at the local scale. SWOC reported that the allocated dry season water in the Chao Phraya River Basin of 8 billion cubic metres had been used up. The RID even had to use an additional 221 million cubic metres of spare water for the early rainy season to meet the high water demands in the Basin during the rest of the dry season.
This year, the dry season is expected to last longer than usual. Witsanu Attavanich, economics professor at Kasetsart University, cautioned that the El Nino Southern Oscillation in Pacific Ocean is now developing into a mild El Nino phase.
This will make the climate in the western part of the Pacific hotter and more arid and may eventually delay the rainy season in Thailand by several weeks.
Witsanu cautioned that El Nino is predicted to remain active for the rest of this year and it was very likely that the country will receive less rain and may suffer even more severe drought conditions in the next dry season.
He urged authorities to manage water very carefully this year. Farmers should be prudent in planning their cultivation while citizens must start conserving their water resources, he said, adding there was still time to prepare and build up resilience for more unpredictable extreme weather in the future.