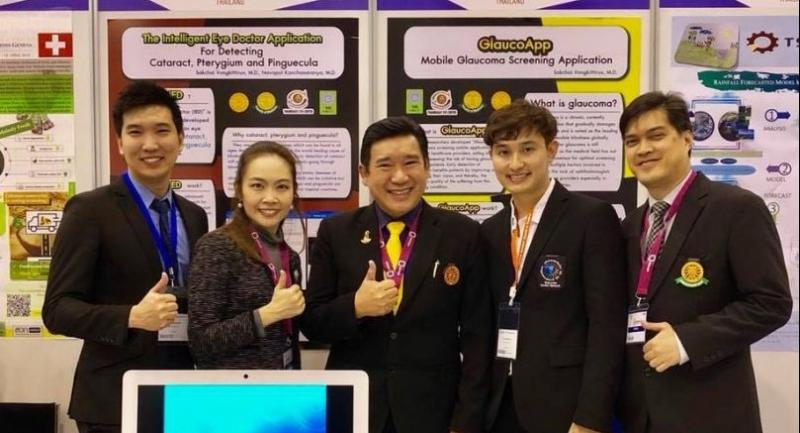 Thai ophthalmologists won three bronze medals at the 47th International Exhibition of Inventions held in Geneva, Switzerland from April 10-14, Dr Sakchai Vongkittirux, a lecturer at Thammasat University’s Department of Ophthalmology who led the team of Thai representatives on Sunday.

The Thammasat Eye Centre joined Sirindhorn International Institute of Technology’s engineering students to create smartphone applications to boost Thai people’s quality of life – three of which were selected by the National Research Council of Thailand to compete in the Geneva exhibition, Sakchai said.

The winning apps were “GlaucoApp”, an app that screens glaucoma; the “Intelligent Eye Doctor”, an app that detects cataract, pterygium and pinguecula; and an app specifically for glaucoma patients, Sakchai said.

Glaucoma – which is estimated to affect nearly 70 million people across the world – is believed to be the leading cause of blindness, hence applying modern technology for eye screening which is easily accessible allows for timely treatment and follow-up procedures, he said.