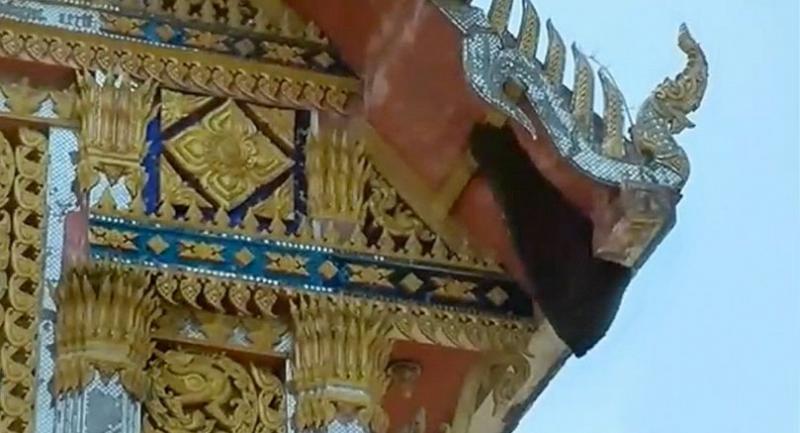 Around 20 villagers were stung by bees at a Buddhist monk ordainment rite at a temple in Phichit’s Pho Prathap Chang district on Tuesday.

They were treated at the Pho Prathap Chang Hospital and given anti-allergy shots.

Bees from a hive on the top of Sra Pathum Temple in Moo 6 village in Tambon Phai Rob attacked the gathering while the nearly ordained monk was receiving alms from about 100 villagers.

Most people took cover, meaning most of the victims were elderly or children.

The villagers said the attack was apparently triggered by a pigeon that flew into the hive, causing the bees to swarm out.