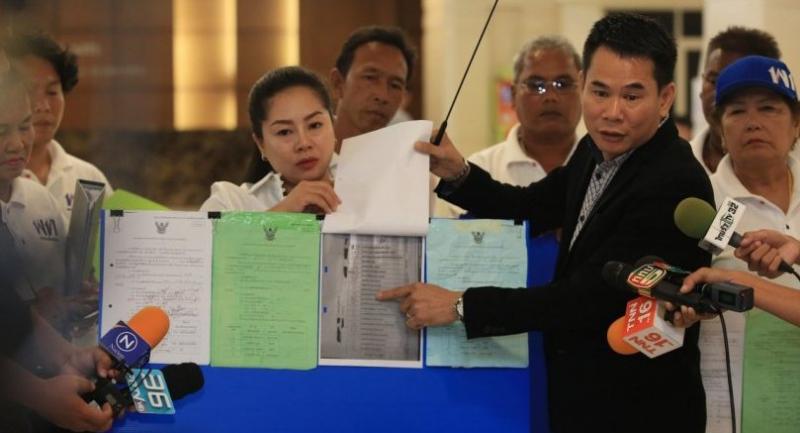 A Pheu Thai Party member on Wednesday demanded that the Election Commission (EC) organise a re-election in Samut Prakan province, citing irregularities in many constituencies.

Chatchai na Bangchang filed the complaint with the EC on behalf of Nuntawan Prasobdee, a Pheu Thai candidate for Constituency 7.

He claimed that there were suspected irregularities in at least 12 polling stations such as voting results submitted to the EC headquarters did not match those displayed at the polling stations themselves.

For instance, he said, 694 voters had shown up to exercise their rights at a polling station, but there were 695 ballots in the boxes.