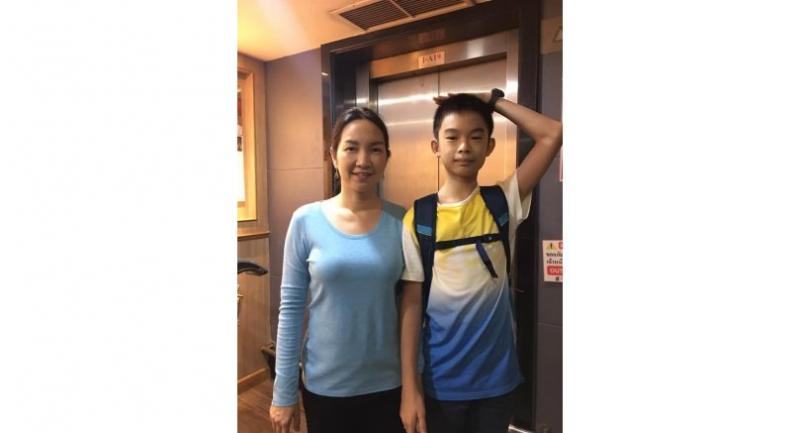 Tien and his mother

Tien Sukanonsawat, a teenager who was found dead after disappearing in Tokyo on Monday, was described as well-mannered and polite.

He had gone missing soon after he and his family checked into a Tokyo hotel on Monday night. After his mother posted a request on social media to help find him, Thai communities in the Japanese capital and back home got working on the job.

Then on Wednesday morning, his mother posted a message on Facebook saying Tien’s body had been found and that he had died in an unexpected accident. She did not reveal the cause for his death and asked for privacy.

“As the family was leaving the hotel to take a flight to Japan, Tien greeted all the staff and even bid the security guards goodbye with a ‘wai’,” a staff member said.

Some family acquaintances told the reporter that the Sukanonsawat family was very close and always did things together.