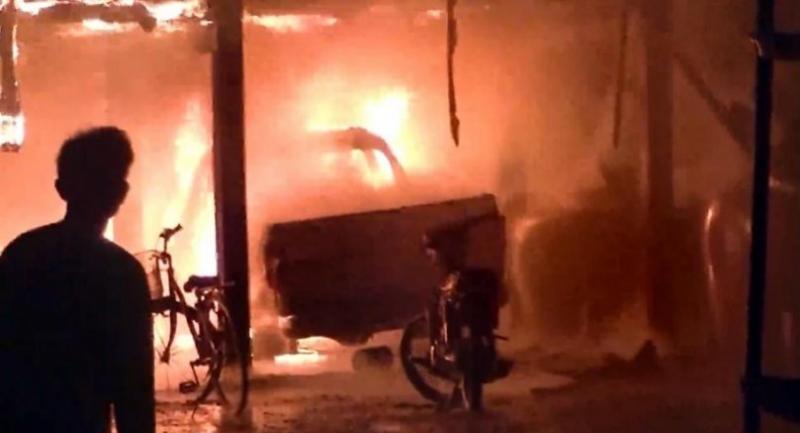 A man was arrested early on Thursday for allegedly setting fire to the house of his father-in-law in Chaiyaphum province after his wife told him to leave and demanded a divorce.

Samian Tri-ngern, 45, was captured by neighbours and handed over to police after firefighters put out the fire that burned down the house of his father-in-law, Wan Thanyaphum, 71, in Ban Huay Nua village in Tambon Talad Raeng.

Firefighters arrived at the scene at 2.30am and took about an hour to put out the blaze but by then it had consumed the entire two-floor wooden house. The fire also completely damaged a motorcycle and three bicycles.

The fire also spread and damaged a part of a neighbour’s house.

Samian told police that his wife, who worked in another province, returned home on Wednesday and took their child to stay with her. He said his wife then told him to leave the house as she wanted to end their relationship.

Samain said he became angry and he drank early on Wednesday night before setting fire to the house early Thursday.