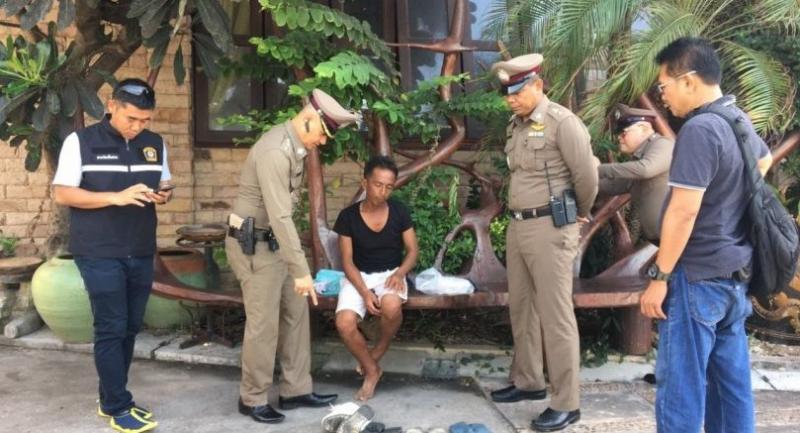 A man from Nakhon Nayok was arrested on Thursday morning shortly after he allegedly raped and murdered a Thai woman whose body was found on a Pattaya beach. The naked body was found at 7:30am covered with a layer of sand on Jom Thian Beach. A doctor determined that she died at least two hours earlier.

The 45-year-old was found near a pile of sunbeds. The suspect, Wichai Thaengthong, 45, from Nakhon Nayok, was arrested about 500 metres from the spot.

Police said his shoes matched the prints left near the body.

Wichai reportedly said he had consensual sex with the victim but she apparently had a heart attack and died.

He was detained at Pattaya police station while a post-mortem was conducted.