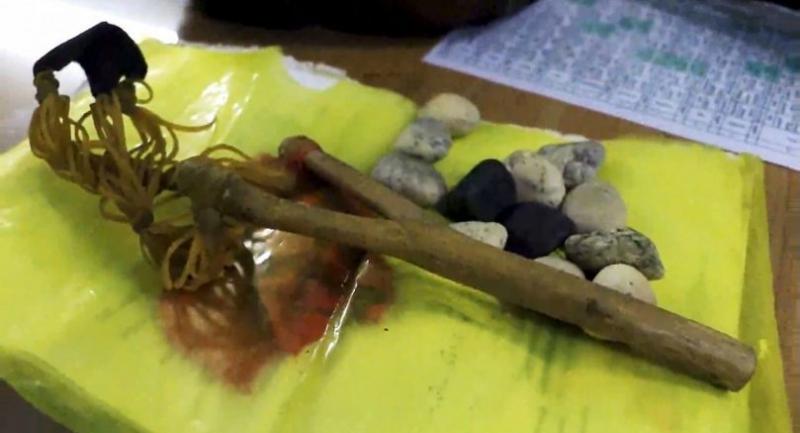 A man was arrested after he allegedly used a slingshot to damage 20 vehicles with gravel in Chumphon’s Thasae district on Wednesday night. Drivers called police and the suspect, Surin Chanthong, 36, was reportedly found sitting in a tall grass field on the side of southbound Phetkasem road in Ban Kuan Sai village in Tambon Na Kratam.

Police also found a slingshot and a bag of gravel. The man reportedly appeared drunk and could not communicate properly with the police. He was taken to the Thasae police station for questioning. About 20 trucks, pickups and cars were parked near the spot where Surin was hiding. The drivers told police that they saw a man hiding in the roadside after their vehicles were hit by gravel. Surin purportedly told police that he was riding his motorcycle home after drinking with friends when a truck cut in front of him so he stopped and used his slingshot to fire at vehicles in retaliation.

Motorists reportedly tried to attack Surin and police left him in a cell to sober up.