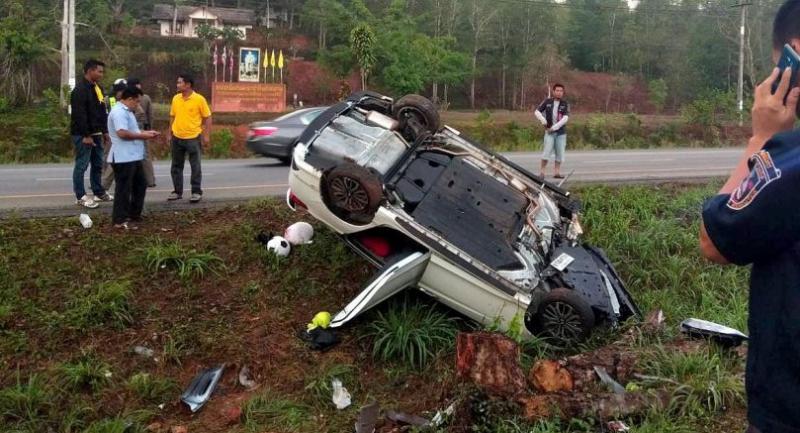 Songkran’s “Seven Dangerous Days” saw the number of drunk driving soar to 12,192, with Bangkok having the highest number of inebriated drivers at 727, Probation Department chief Prasarn Mahaleetrakul said on Thursday.

According to the Road Safety Operations Centre (RSOC), 386 people have died and 3,442 others wounded from 3,338 road accidents during the April 11 to 17 period. These numbers show a slight decrease from last year’s Songkran period, RSOC said.

Meanwhile, Prasarn said drunk driving accounted for 97 per cent of the 12,597 traffic law violations during the period, while 386 were cases of driving under the influence of drugs and 19 were related to reckless driving.

The offenders are also barred from going out from 10pm to 4am for seven to 15 days, must report to the Probation Department four times during the one-year period that they were put on probation and serve 24 hours of social service.

The offenders are also barred from going out from 10pm to 4am for seven to 15 days, must report to the Probation Department four times during the period and serve 24 hours of social service.

He said his agency also screened the violators to see if they are at the risk of becoming alcoholics, and those most at risk have been sent for rehabilitation programs at state hospitals. These offenders will also provide social service in related environments, such as taking care of victims of drunk driving or serving as volunteers at checkpoints.

At an RSOC press conference, Deputy Interior Minister Sutee Makboon also announced the figures of deaths, injuries and accidents during the Songkran period.

On Wednesday alone, the last day of the so-called “Seven Dangerous Days”, there were 273 crashes claiming 30 lives and injuring 277 others, Sutee said. That day, 65,454 officials and volunteers manning 2,039 checkpoints charged 210,883 motorists and motorcyclists with traffic violations – mostly for riding motorbikes without a helmet (55,805 incidents) and failing to present a driver’s licences (48,183).

Hence, Sutee has ordered related agencies to enforce law more strictly to discourage risky behaviour such as speeding and drunk driving as well as to analyse the data collected during this Songkran period to boost road safety in the long term.

Meanwhile, the National Council for Peace and Order said that the Army, police and administration officials have confiscated 7,200 vehicles from inebriated drivers during Songkran.