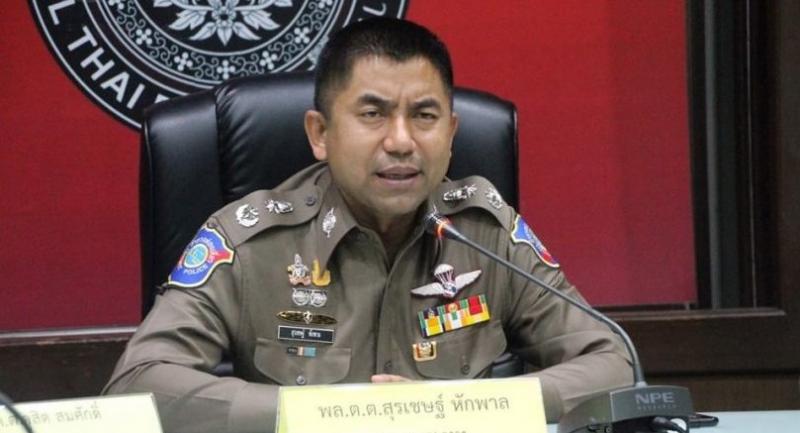 Former Immigration Bureau chief Pol Lt-General Surachate Hakparn is on leave until the end of April, his new boss said on Thursday.

Patcharaporn said she gave permission for him to take the leave as Surachate is eligible to it as a civil servant.

She said he would have to report for work with her at the end of his leave. When asked about assignments to be given to Surachate, his new supervisor said the agency's executives would meet to determine suitable work based on his skills and abilities.

No reason was given for Surachate's transfer, first out of the Immigration Bureau and then out of the police altogether. Speculation pointed to alleged irregularities involving personnel transfers of senior police officers.

Surachate attained his lieutenant-general's rank when he was only in his mid-40s. He had the opportunity to serve some top police commanders in the past. And he is close to Deputy Prime Minister General Prawit Wongsuwan, who oversees the police.