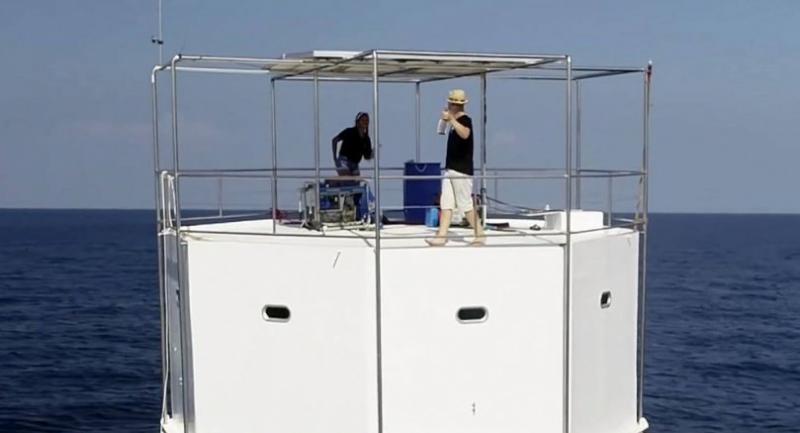 Immigration police have questioned an American bitcoin investor who set up a floating “seasteading” structure off the coast of Phuket and is facing criminal charges related to the waterborne homestead, Deputy national police spokesman Colonel Krissana Pattanacharoen said on Friday.

However, he declined to elaborate.

Chad Andrew Elwartowski and his Thai girlfriend, Supranee Thepdet (aka Nadia Summergirl), launched their seastead project on February 2 off the coast of Phuket.

The floating structure is located to the south east of Koh Racha Yai, approximately 12 nautical miles from the mainland.

The Royal Thai Navy and Phuket Maritime personnel boarded the structure on Sunday, saying that it violates the law and poses a navigational hazard.

Elwartowski posted on his Facebook on Tuesday that he and his partner were in hiding and feared for their lives, as they were being hunted down by the authorities. He later deleted the post.

On Wednesday, Immigration police revoked his visa and put him on a blacklist following the legal suit.