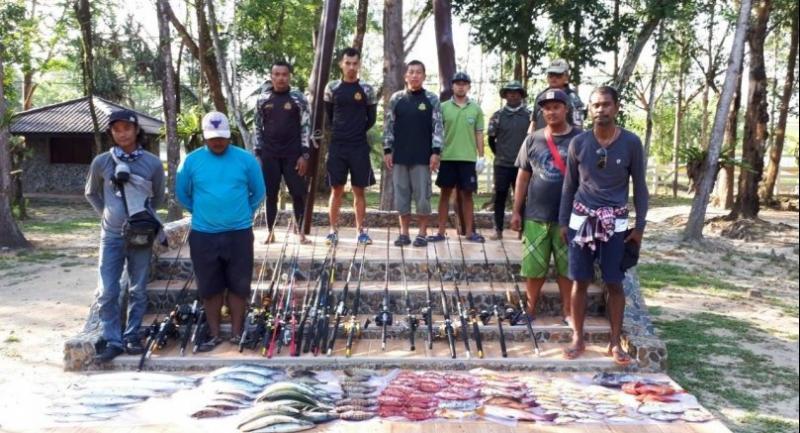 Ruamsin Manajongjaroen, the head of Mu Koh Similan National Park, said officers were notified that the boat had been spotted catching fish near Koh Yuyong or “Island 1” inside the park area. The speedboat “Nikola” was located in the national park area. Onboard, officials allegedly found 46.5 kilograms of fish along with 29 fishing rods and other fishing equipment.

The fish and seized items, including the boat, were valued at around Bt2.107 million. They were all taken to Kura Buri Police Station in Phang Nga for further legal action.