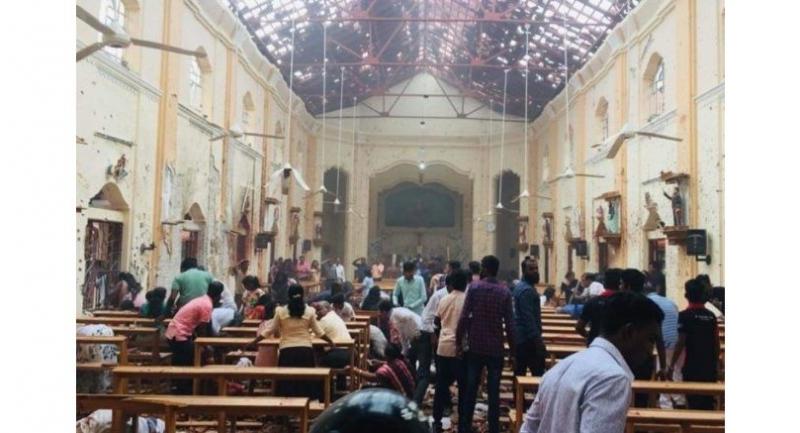 The blasts took place at St. Anthony’s Church, St. Sebastian’s Church, and a third in Batticaloa besides Shangri-La Hotel and Cinnamon Grand Hotel.

A series of explosions were reported at three churches and two five-star hotels in Sri Lanka’s Colombo on Sunday. At the time of the explosions, Christian faithful were praying at the churches on the occasion of Easter.

According to reports, there have been a total of six blasts. Reports say that at least 25 people may have been killed. Around 80 injured have been taken to hospitals.

Reports say that foreign tourists were among the dead.

The blasts took place at the St. Anthony’s Church in Kochchikade in Colombo, the St. Sebastian’s Church in Katuwapitiya in Katana and a third in Batticaloa.

Sri Lankan media reports that two of the explosions occurred at the same time at around 8:45 am.

The hotels which were hit by explosions are the Shangri-La Hotel and Cinnamon Grand Hotel. Police say that the Kingsbury Hotel in the capital, too, was hit.

Photos circulating on Twitter show rubble from tiles of the roof of St Anthony’s church and a disoriented congregation. The explosion apparently happened inside the church during the Easter mass.

St Sebastian Church has appealed for help on its Facebook page.

Police have cordoned off all the sites where the explosions took place. It is not clear what triggered the explosions but Sri Lankan security officials said they were checking for details.

The military has been called in to guard the churches and the hotels.

Initial reports suggest that church-goers may have been specifically targeted on the occasion of Easter. The Sri Lankan police are yet to issue an official statement.