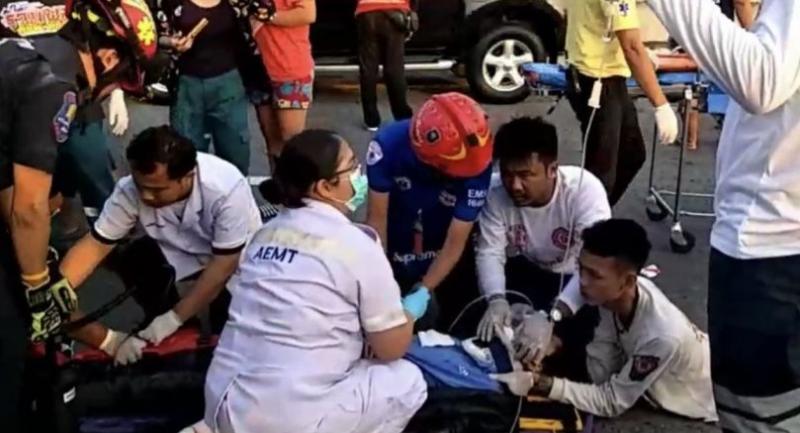 Five Indian tourists were injured when a chartered van taking them to Pattaya crashed into the rear of a trailer truck on Monday morning, police said.

The driver, Sorapong Inthong, 28, and the tourists were rushed to Bangkok Hospital Pattaya. Meanwhile, truck driver Wutthikorn Sontham, 49, told police that he was transporting cement from Saraburi province to Chon Buri’s Sattahip district and that he was on the left lane when the van suddenly hit his trailer. Wutthikorn was taken to the Khao Khiew Police Station for questioning and police are waiting for the van driver’s condition to improve before he is questioned.

The van had picked the tourists up at Suvarnabhumi Airport on Monday morning, and police believe the driver may have dozed off.