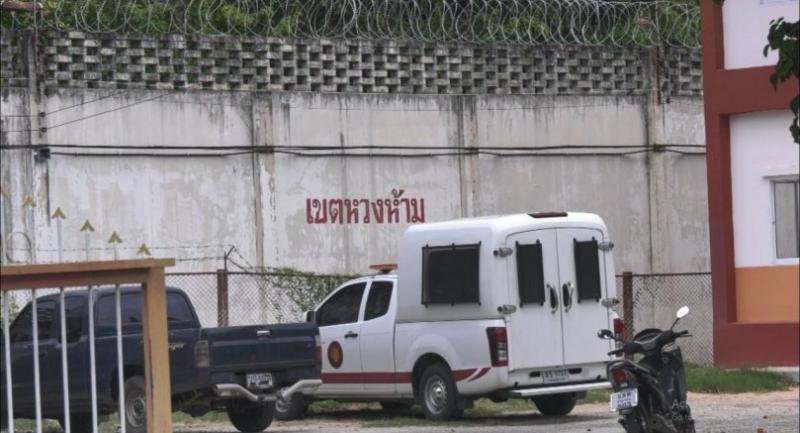 Several officials at the Si Sa Ket Prison, including its chief, have been transferred to inactive posts over the controversial death of an inmate.

Evidence suggests convicted drunk driver Prompanya Keshom, 40, might have been beaten up during his stay in a very crowded cell and finally succumbed to his injuries on April 18.

Prompanya was put behind bars because his family could not afford to pay the Bt6,000 fine for driving under the influence of alcohol. As per law, those convicted of drunk driving have to stay in jail one night for every Bt500 of the fine they are unable to pay.

Prompanya’s mother, Surin Keshom, has been calling for justice after her son’s body was found with bruises all over, and her appeal prompted Corrections Department director-general Pol Colonel Narat Sawettanan to fly to Si Sa Ket province on Sunday night to look into the case.

A source said Narat believes that other inmates, stressed from overcrowding, might have attacked Prompanya. Apparently, as many as 236 men had been thrown into a room that was just 5 metres wide and 10 metres long. With such space constraints, not a single person could lie down, and though there were CCTV cameras in the cell, they did not cover every corner.

“After Prompanya was allegedly attacked, the prison officials tried to cover up by reporting that he had been rushed to hospital because he had hurt himself from a fall in the toilet,” the source added.

Hence, Narat decided to punish the prison’s chief Somboon Puttachart and other related officials by shifting them to inactive posts.  The Si Sa Ket Prison is now being overseen by the chief of the Ubon Ratchathani Prison.

Narat has also ordered an investigation into the case.

Prompanya, who held a Bachelor’s degree, was the sole breadwinner of his family. He had gone out to join Songkran celebrations at his village, and when he returned to pick up his motorcycle – which was parked near a checkpoint – he was arrested. He was barely 100 metres away from his home, and Surin said he had not even climbed on his motorbike when he was arrested.

“He told me that he planned to simply drag his motorbike home,” Surin said, adding that she plans to demand Bt1.5 million in compensation for her son’s death.

“I also want to see his attackers punished,” she said.