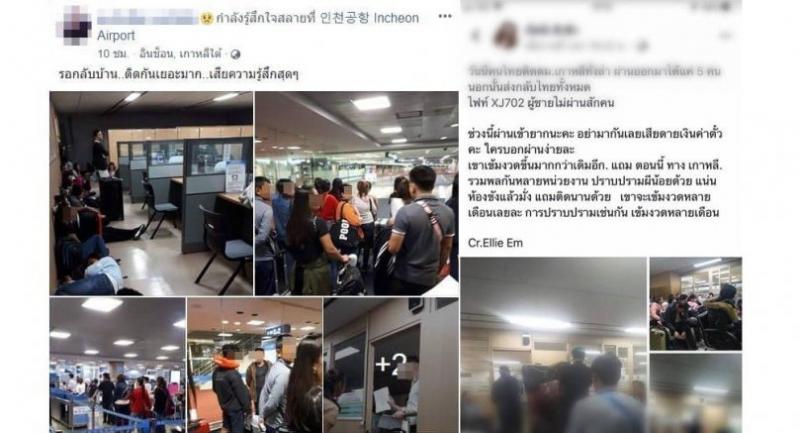 The Minister also ordered a probe into a report of 400 Thais being detained by South Korean immigration officials on April 19 pending deportation over suspicions of seeking work illegally. The Minister said he aims to punish the labour agent who brought them there.

He conceded that some Thai workers have tried to find work in South Korea, where they are in high demand and can earn wages of up to Bt45,000-Bt60,000 monthly. Adul revealed that officials at Thai airports had intercepted approximately 400-600 Thais per month who were travelling to South Korea without a sound reason and so were suspected of being “little ghost” illegal workers.

In order to tackle this, the Thai government has been trying to negotiate with their Korean counterpart to increase the existing 5,000-person quota for Thai workers to legally work there. The effort has not yet led to success, as South Korean officials were rationing out their quota among workers from other countries as well, the Minister said.

Currently there were about 190,000 Thai workers in South Korea – about 130,000 of whom were reportedly “little ghosts”, while only 21,000 Thai nationals work there legally.

In the meantime, Thai immigration bureau chief Pol Lt-General Sompong Chingduang said his office was contacting their South Korean counterpart to bring some 300 Thais who were still detained there back to Thailand.

In this case, the private company or airline that brought them there must be responsible for their travel expenses back to Thailand, while Thai immigration police would help facilitate the procedure, Sompong said.

The case was revealed by a Thai social media user who posted about the “whole flight” detention for deportation on April 19 as a cautionary tale for people wishing to work illegally in South Korea. She said people shouldn't take the risk in coming, as it was hard to pass through the South Korean authority’s strict screening, which is part of an ongoing crackdown on illegal workers that is expected to last for months.

Thai Travel Agents Association vice president Charoen Wangananont commented that he wanted the Department of Tourism to help check if the 300 Thais detained in South Korea went with a tour agency. If so, wrote Charoen, the department should also check if the tour agency had a proper licence or was just a cover-up business for smuggling workers.

“We have to admit that many Thai have gone to work in South Korea because there was a high demand for hard-working workers who are willing to do overtimes, while Thais also thought the wage was much higher than in Thailand at about Bt20,000-Bt40,000 a month. It is easy to travel to South Korea – just buy a Bt20,000 tour package to go there – so the Labour Ministry and the Department of Tourism must discuss preventive and problem-solving measures,” he said.