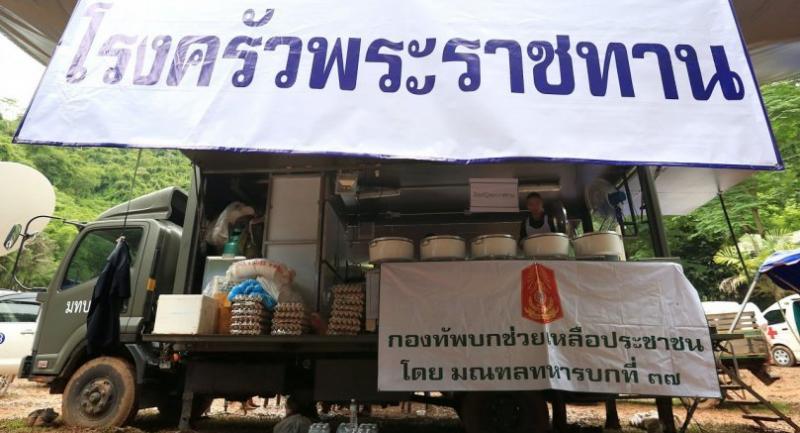 Some 200,000 people are expected to line the 7.15-kilometre-long stretch of road to welcome the royal motorcade during the coronation ceremony of His Majesty the King from May 4 to 6, Police Strategy Office commissioner Pol Lt-General Kraiboon Suadsong said on Tuesday.

His Majesty has allowed the use of the Royal Palace’s exterior wall area and Sanam Luang to support the expected large crowd, while two more royally granted mobile kitchens have been approved at City Hall’s Khon Muang plaza on Din Sor Road and Museum Siam on Sanamchai Road, he said. More royally granted mobile kitchens will be added, while members of the public are advised to carry water bottles amid the hot weather while attending the historic event, said Pairoj Santanirand, assistant to the permanent secretary of the Bangkok Metropolitan Administration (BMA).

Both officials were commenting after attending a meeting at the Defence Ministry, where the committee tasked with providing security during the ceremony further discussed preparations for the event.

The BMA, jointly with the private sector, will have six waiting points equipped with mobile kitchens to serve meals to members of the public, while 90 other spots have been designated to distribute drinking water, a further 80 spots equipped with water tanks for people to refill their drinking-water bottles, and eight waterworks trucks will also provide cool water in the event area, Pairoj explained.

Forty-eight mobile-toilet trucks are also being prepared, with another 29 trucks as back-up, he added.

Besides the mobile toilets and those at state offices in the area that people could use, Phra Nakhon District Office has also secured cooperation from 68 houses and shops to allow members of the public to use their restrooms, he said, adding that such premises would put up a sticker to signify that they could be used during the event.

The district office will conduct septic-tank clearing and general cleaning of these premises’ toilets ahead of and after the event, Pairoj said.

Meanwhile, those wishing to stay overnight will be able to do so at the Thai-Japan Bangkok Youth Centre’s Kilawet Gymnasium, which can support 1,000 people, he added.