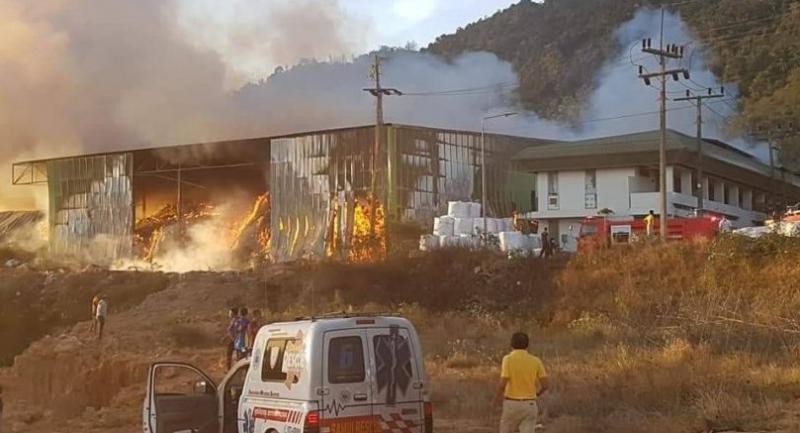 An incinerator caught fire on Koh Samui, off the coast of Surat Thani, on Monday night. “That’s what incinerators are meant to do,” we hear you cry, but this one was totally out of control, destroying the entire structure.

The Government Public Relations Department Region 5 reported on Tuesday that the fire had started at the incinerator at 6pm the previous evening.

The blaze spread across the facility, an area of 5,000 square metres.

Seven fire units along with five water trucks arrived at the scene, and firefighters took about four hours to get the blaze under control.

No deaths or injuries were reported.

At this stage, it is believed that the fire might have started due to a combination of hot weather, festering garbage and strong winds.

Forensic police have been on location today to investigate the cause of the massive fire.