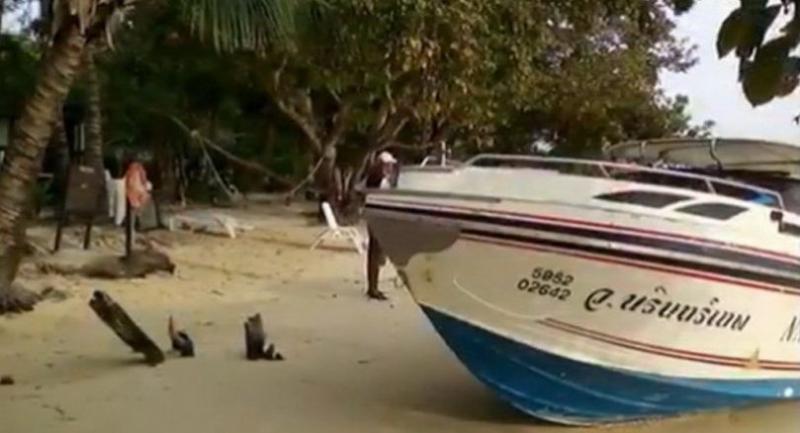 An American tourist was arrested at Suvarnabhumi Airport on Tuesday night for allegedly stealing and damaging a speedboat belonging to an operator at Koh Phi Phi Lae in Krabi, police said.

Immigration police arrested Parker Wilson Bishop, 25, as he was about to leave the Kingdom. Immigration officers had been alerted to watch for him after the Krabi Court issued an arrest warrant against him on Tuesday. The boat was found to have engine damage, and the hull was also ruptured. The damage was estimated at about Bt350,000.

After the boat operator filed a complaint with the Koh Phi Phi police station, officers checked security-camera footage on both islands and learned the identity of Bishop.

Police said Bishop visited Koh Phi Phi Lae with five other friends before leaving the island alone on April 20. Police later learned that he checked into a hotel in Bangkok on April 21 and had not left the country, and so sought his arrest warrant and alerted all immigration checkpoints to arrest him.