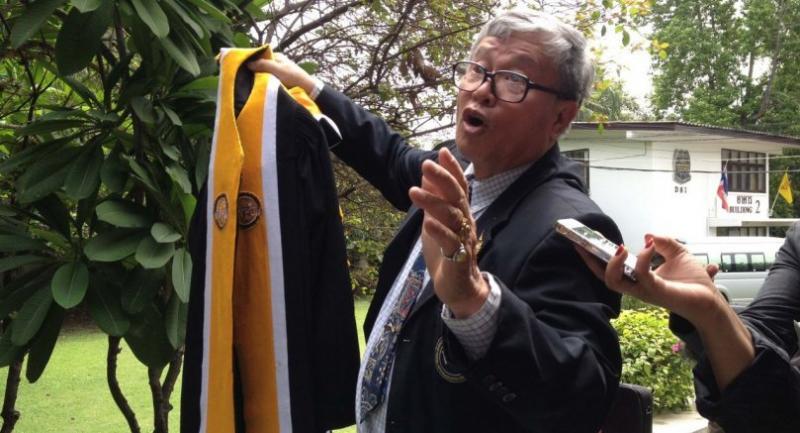 THE CRIMINAL Court yesterday sentenced nine defendants, some of whom are PhD holders, to 10 years in prison for luring students to enrol in the unlicensed World Peace University (WPU) and other related offences.

The defendants were also ordered to return the money their victims, including actors and prominent society figures, lost to the fraud.

WPU, which was headquartered in Chiang Mai, had set up several campuses, including in Nonthaburi and Khon Kaen, without receiving permission from the authorities.

By releasing false information and setting up large facilities, WPU was successful in luring 100 victims in 2012-2013 to enrol in courses that focused on independent learning.

WPU falsely claimed on its website, www.wpucm.com, its blog wpubkk.blogspot.com and on www.wpu15.com, that it was linked with a university of the same name in the United States.

After studying evidence, the Criminal Court convicted Sawat and his eight accomplices of several counts of public fraud and setting up an illegal higher-educational institute.

All nine defendants have so far denied any wrongdoing, and say they will appeal.

Sawat, Supanat, Raywat, Nawin, Manop and Warangkhanang were each released on Bt1 million bail guarantees yesterday. Others remained in custody as of press time yesterday because they could not present a guarantee of Bt1 million in time.