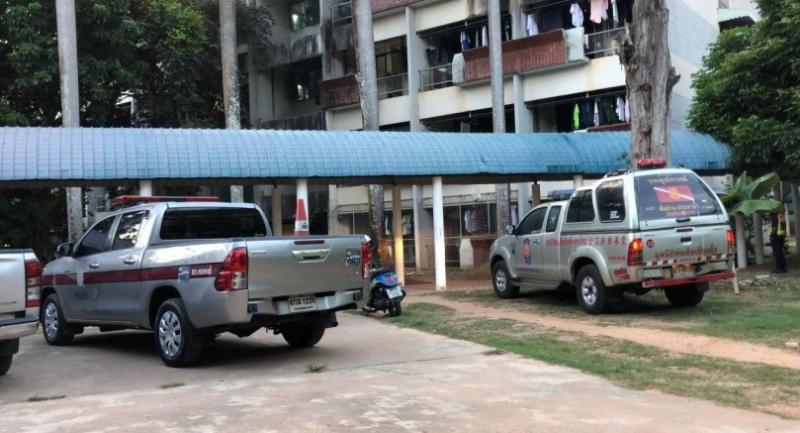 A 24-year-old university student died in a fall from the top floor of an eight-storey condominium in Samut Prakan's Bang Saothong district on Thursday morning.

Police identified the woman as Kannikar (last name withheld) and said their investigation would continue as her cell phone and wallet were missing and all CCTV cameras in the building were broken.

Police said they would talk to her relatives and friends to determine the cause behind the incident.

The students body was found when police and rescue workers rushed to the condominium in Soi Bang Na Garden 10 at 7am.

A search of the woman's sixth floor room, where she had lived alone since January, did not find any sign of a struggle. The windows were locked and the front door was unlocked.

In another incident, a 19-year-old law freshman at university in Songkhla's Hat Yai district was found hanged in a toilet at a dormitory on campus on Thursday morning. He apparently left a goodbye message at 4am on Facebook apologising to his parents and friends for his solution to "personal problems”.