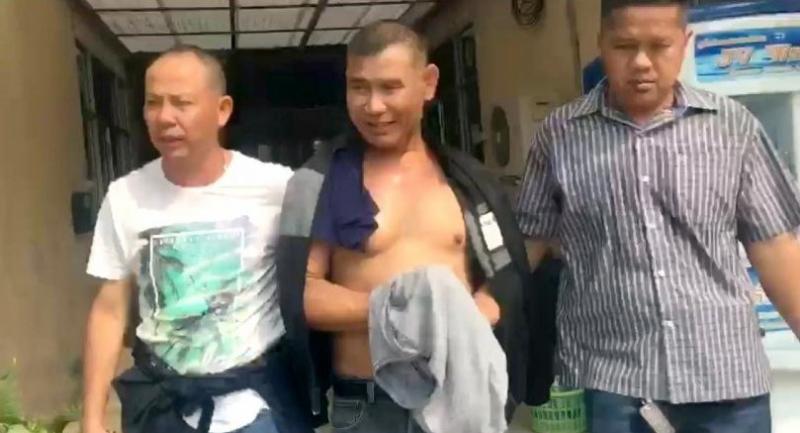 Police yesterday raided a room in Pathum Thani’s Muang district and arrested a 53-year-old man for allegedly having a sexual relationship with a minor.

He was arrested under a warrant issued by a Pattaya Court in April 2017 after a Thai-German girl aged 13 told police that he had been intimate with her.

Police say Anek told them that in 2007 he owned a construction firm and met the girl, who lived in a room near his house.

He courted her by buying her a motorcycle and mobile phone. They struck up a relationship and kept it going for seven years until his wife got pregnant and he decided to break up with her. The girl was so angry that she alerted police to the relationship, prompting him to flee.

The investigation led police to Bangpoon Mansion in Muang district, where they found the suspect.

Police said Anek was charged with raping a minor under 13 years of age.