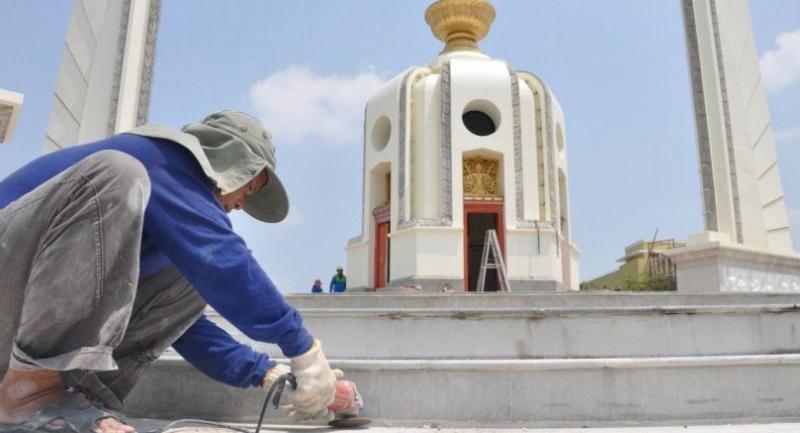 THE ELECTION Commission (EC) yesterday remained non-committal over the party-list MP calculation method after the Constitutional Court refused to intervene and stated the agency had the authority to make a decision in line with the laws.

The agency’s deputy secretary-general, Sawang Boonmee, said yesterday that the controversial calculation method, which allocates seats to smaller parties at the expense of larger parties, remains an option.

Political parties and experts have expressed opposition to the method favoured by the EC, saying it was unconstitutional.

According to the initial calculation prescribed in the Constitution, parties eligible to get one seat in the House of Representatives must have at least 70,000 votes. But with the method the EC is endorsing, parties winning some 30,000 votes will also be allotted a seat.

Sawang yesterday, however, stressed that the contentious method had been around for the past two years, since the related laws were being drawn up, and no objections were ever raised. It has never been a secret and the parties were well aware of it, he added.

The objections only surfaced after the election when parties learned how many votes they had won, Sawang said.

“Now, they are protesting and proposing their own calculation method saying it is constitutional,” Sawang complained. “But anyway, the results will be announced on May 9. The EC will try to come up with a lawful formula. If anyone considers it incorrect, they can petition the court.”

In response to the EC statement, Pheu Thai Party yesterday insisted that the poll agency follow the calculation method it has submitted.

Spokesperson Ladawan Wongsriwong said yesterday the party hoped the EC would not fail in its duty regarding the MP seat allocation formula.

She reiterated that the method Pheu Thai had suggested to the EC was in line with the laws. The EC must opt for a lawful calculation that does not give seats to undeserving parties.

“If the EC insists on its current decision, it will be against the Constitution,” Ladawan said. “Pheu Thai will consider taking the issue to the Constitutional Court again after the results are endorsed.”

In a related development, the Ombudsman’s secretary-general Raksagecha Chaechai revealed yesterday that the agency will discuss today about the petition to nullify the March 24 election.

The case was brought to it by pro-Shinawatra politician Ruangkrai Leekitwattana, and the EC had already provided its explanation to the agency, the official said. It is expected that the Ombudsman could make a decision today on whether or not to forward the matter to the Constitutional Court or the Administrative Court to nullify the vote, he added.

Meanwhile, the anti-junta bloc is in some trouble as one of its allies, the Future Forward Party, has been locked in legal battles that could cast a shadow over its political debut.

Future Forward leader Thanathorn Juangroongruangkit returned to Bangkok yesterday from Europe to provide an explanation to the poll authority regarding his shareholdings in a media company. If found guilty, he could be disqualified from entering the lower house.

The party spokesperson, Pannika Wanich, said Thanathorn will meet with the EC in person to explain the controversy, adding that party members and Thanathorn had no concerns about the issue as they believe in their innocence.

“We have already prepared all the documents as well as the timeline of events,” she said. “There has been some inconsistency in media reports, which also deviated from the facts. We are ready to reveal the timeline so everyone is on the same page.”

As for the widely held observation that Future Forward was being deliberately targeted because of its popularity, Pannika said that could be the case as the party’s core members faced at least 12 lawsuits against them.

“But I’m confident none of them could prove we are wrong,” she said. “They are just trying to bog us down to eliminate us for political interest. But we have volunteered to tackle political issues and we expected these difficulties.”