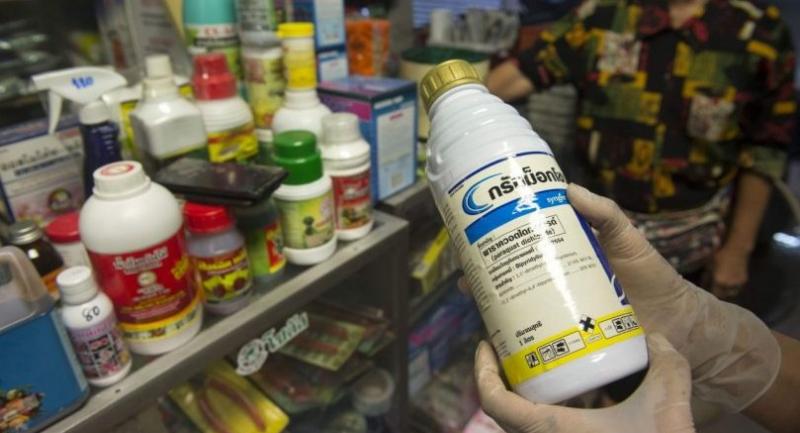 THE OFFICE of Ombudsman has demanded that the Hazardous Substance Committee (HSC) clarify within 60 days whether it will ban the widely-used but dangerous herbicide paraquat by the end of this year.

“Our goal is to ensure that the total ban goes into effect from January 1, 2020,” the office’s secretary-general, Raksagecha Chaechai, said.

He was speaking after emerging from a meeting with HSC and relevant authorities yesterday.

The office had arranged the meeting to follow up on a recommendation made last December that paraquat be banned from next year.

At yesterday’s meeting, HSC representatives said farmers were still allowed to use paraquat because they were familiar with it and also because there was no practical alternative available. They also insisted that control measures for paraquat use should help prevent any negative impacts from this agrochemical.

Paraquat is widely used on farms and plantations nationwide, even after the Public Health Ministry voiced concerns over the chemical’s adverse effect on human health.

The agrochemical has been banned in more than 40 countries.

“We will give HSC 60 days to review its stance and explain itself. If it does not intend to ban paraquat from January 1, then it will have to present clear and adequate reasons,” Raksagecha said. “If the reasons are not sufficient, we will petition to the prime minister and the National Anti-Corruption Commission.”

Repeated scientific and medical studies have confirmed the chemical’s long-term toxicity, including its contribution to untreatable brain disorders and a likely link to cancer.

Despite growing calls for a total ban on paraquat as well as two other dangerous and common agrochemicals – glysophate and chlorpyrifos – HSC has controversially chosen to only restrict their use.

Earlier this week, Agriculture and Cooperatives Minister Grisada Boonrach announced that five ministerial regulations had already been issued to support restricted use.

“We intend to cut the import of such chemicals by half,” he said.

He added that the Department of Agriculture was also assigned to work with the academic network and the private sector in finding proper alternatives to the three chemicals.

“Once the alternatives are identified, we will immediately ban these three herbicides,” he said.

Meanwhile, civil society group BIOTHAI doubts Grisada’s true intentions, pointing out on Facebook that the import ceiling mentioned by the minister is by no means a drastic drop. “Last year, Customs Department’s figures show 53,000 tonnes of glysophate and 20,700 tonnes of paraquat was imported. When compared with Grisada’s figures, the amounts will be decreased by just 10 per cent and 3 per cent respectively,” it said.

BIOTHAI added that it was sceptical about Grisada’s statement that the three dangerous agrochemicals will be banned as soon as all Thai farmers opt for organic farming or good agricultural practices. “It should be noted that organic farming accounts for just 0.2 per cent of the country’s total farmland, while good agricultural practices cover just 1.4 per cent of the country’s total farm area,” the group wrote.

Hence, BIOTHAI said it suspects that Grisada intends to mislead the public about how his ministry will deal with the three dangerous agrochemicals. “If he is serious about addressing the danger of these chemicals, he should have told HSC to ban those chemicals,” BIOTHAI said.