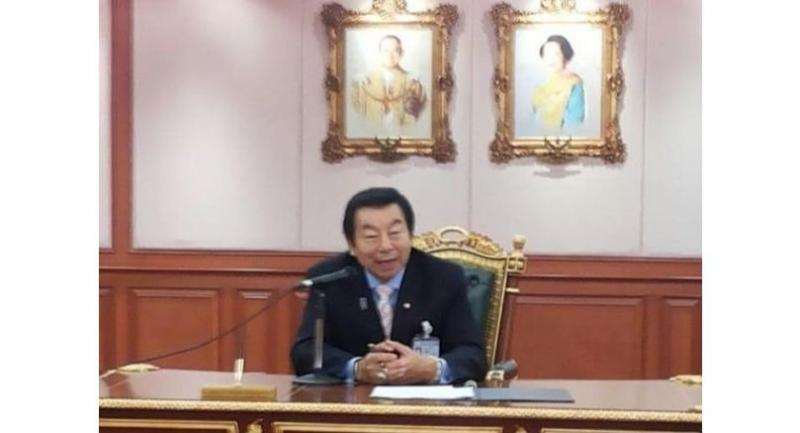 A Pheu Thai candidate, suspended by the Election Commission (EC) on Friday for allegedly buying votes during the March 24 election campaign, dismissed the allegations and demanded that his case be reviewed.

Surapon Kietchaiyakorn, who led in Chiang Mai’s Constituency 8 with 52,165 votes, insisted that he did not break any election laws by donating money to a monk in Chiang Mai during the campaign period.

“I met the monk at a temple and made the donation from my personal money. I have met this monk many times before and have revered him for a long time. How can I buy votes anyway, when according to the Constitution, monks cannot vote?” Suraphon queried.

He asked the EC to review the case in detail for the sake of justice and fairness.

The EC on Wednesday slapped Surapon with an “orange card”, stripping him of his electoral rights for a year for allegedly violating election laws.

The poll agency also ordered a re-election in his constituency. This is the first card issued by the EC since the election.

The decision to have him suspended was the result of a report from the Chiang Mai branch of the EC, which claimed he was campaigning for votes while talking to the monk, Surapon said.

“I want to reiterate that when I spoke to the monk and gave him money on that day, I did it on a personal basis and it had nothing to do with the election campaign,” he said.

He added that he had gone to the temple with his driver, did not distribute any election pamphlets, did not use a loud speaker and did not even wear the election jersey.

“I did not discuss the election at all. We only spoke about merit making,” he said, adding that the allegations were untrue and that the EC headquarters should review the decision and ensure justice.

The politician added that the people who voted for him can confirm about his hard work in the past and that he has never abused power, adding that he will file a motion with the EC to review the orange card.