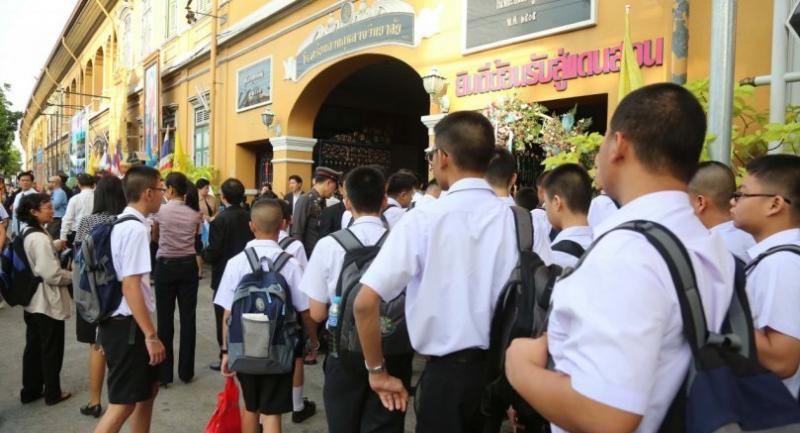 Ten schoolboys, disqualified from Bangkok's Suankularb Wittayalai School under a newly-implemented recruitment criteria, will now be able to study at this prestigious secondary school after the Central Administration Court ruled that the school had no legal ground to deny them admission.

The court ruling on Thursday was in response to a lawsuit filed by the mother of a 12-year-old boy against the school director for rejecting her son’s application submitted on March 25. The boy had moved since April 25, 2018 into a household in Burapha Phirom subdistrict of Phra Nakhon district to qualify for admission under the “recruit by service area” criteria, so as to attend this school’s Mathayom 1 class.

The court issued rulings in 10 similar lawsuits on Thursday. Whilst the rulings in nine lawsuits were along similar lines, the court rejected the lawsuit by one plaintiff, as the student concerned did not really stay in the entitled service area as claimed.

The school had told the parents that their sons were not qualified, as they did not reside in the service area for “many years”. They were asked to present documents to confirm that they had lived in such households for a long time.

But the parents argued that the “recruit by service area” criteria, which was implemented differently this academic year from the previous academic years, had not given them sufficiently early and clear notice to make adjustments. The law requires any change in educational admission criteria must be notified to the public at least two years in advance. So, they filed lawsuits to get a court ruling against the disqualification orders of the school.

The Central Administration Court noted that Suankularb Wittayalai School's Mathayom 1 “recruit by service area” criteria was “necessary and rational” to ensure students in its service area were qualified for admission. However the school’s service area recruiting committee's decision to disqualify the 10 students without asking the school director (who is the authority holder and was named in these lawsuits) to consider and issue the orders first was illegitimate. The court said the panel’s disqualification orders to the 10 students were not right, as they were issued by the committee (who were considered the unauthorised party in these cases) and must be revoked.

The quick rulings in these cases follows the policy of Central Administration Court president Nath Rathamarit in relation to time-sensitive cases.