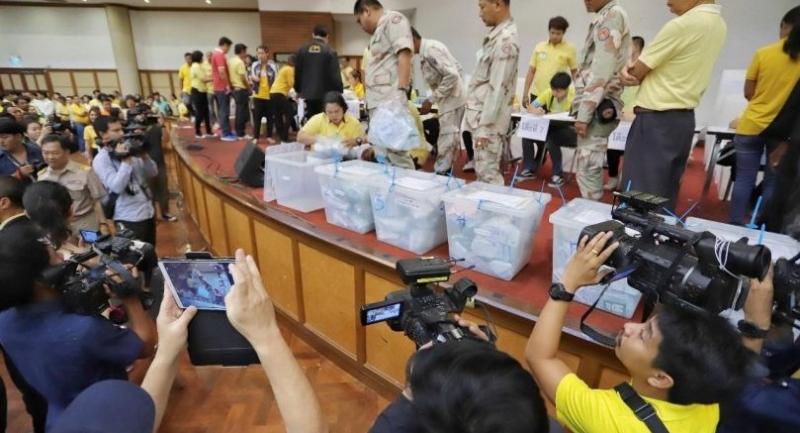 Future Forward Party has come through as the clear winner in the first constituency in Nakhon Pathom following Sunday’s recount of the ballots.

The recount was organised after Future Forward candidate Savika Limpasuwanna filed a complaint with the Election Commission, citing a possible miscount.

In the previous count, Savika lost to Democrat candidate Sinthop Kaewpichit by some 140 votes. But after tallying the votes herself, she discovered a mistake might have been made and that she had in fact come out on top.

The recount on Sunday in the whole constituency with over 240 polling stations showed that Savika that indeed come first, winning 62 more votes than her Democrat opponent.

The Future Forward candidate got 35,707 votes while the Democrat received 35,645.

According to the EC, more objections were unlikely to be filed. In Sunday's recount, all parties sent representatives to observe the recount and did not raise any objections.