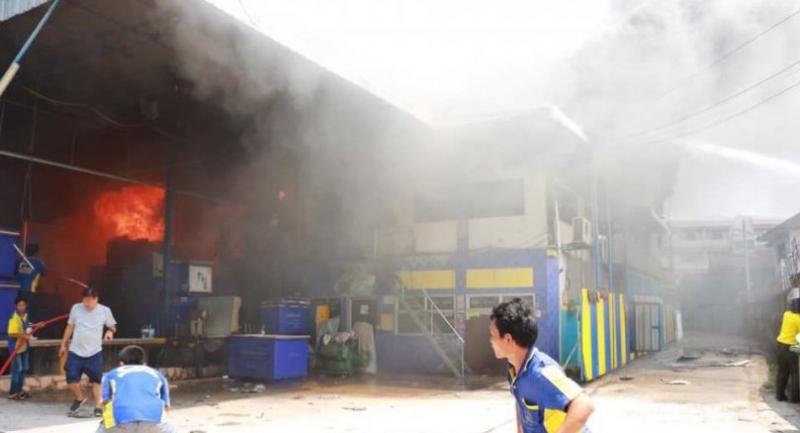 An ice-making factory in Phitsanulok’s Muang district was damaged in a fire on Monday morning, say police.

None was injured in the fire, which started at the Gold Ice factory on the Nan River bank in Tambon Nai Muang at around 11am, police said..

The fire began in the living quarters of Myanmar workers on the second floor before spreading downstairs and damaging the ice-making machine on the ground floor.

Ten fire engines took about half an hour to put out the blaze.

Phitsanulok governor Pipat Ekkaphan and Muang district chief Jessada Limsritrakul rushed to the scene to oversee the work of officials.

Police said a short circuit might have caused the fire, but forensic science police have yet to conduct an investigation.