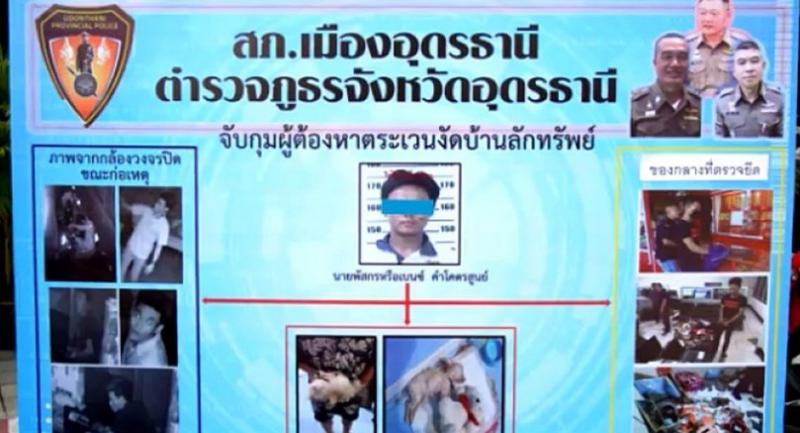 A 22-year-old man has been arrested for allegedly drowning a cute Pomeranian after breaking into a room at a boarding house in Udon Thani while the dog’s owner was out splashing water during Songkran, police said on Monday.

Woranat said police had tracked down Passakorn at a boarding house in Mueang district after more than 10 houses and rented rooms in the district had been burglarised during the past month.

The latest robbery, a headline-making event, occurred during the late evening of April 17 when Passakorn allegedly broke into a rented room of a university student and drowned her four-month-old Pomeranian puppy in the toilet.

The killing of the dog outraged Facebook users, who called on police to speed up the arrest of the suspect.

Woranat said police had found a great deal of evidence in Passakorn’s room, including five notebook computers, as well as wallets and ATM cards belonging to his victims.

Passakorn reportedly told police that he felt he had to kill the dog because it would not stop barking, and he feared that neighbours would wake up and find him.

He also told officers that he had stopped thieving after his latest burglary had prompted such condemnation among social networkers and the media.