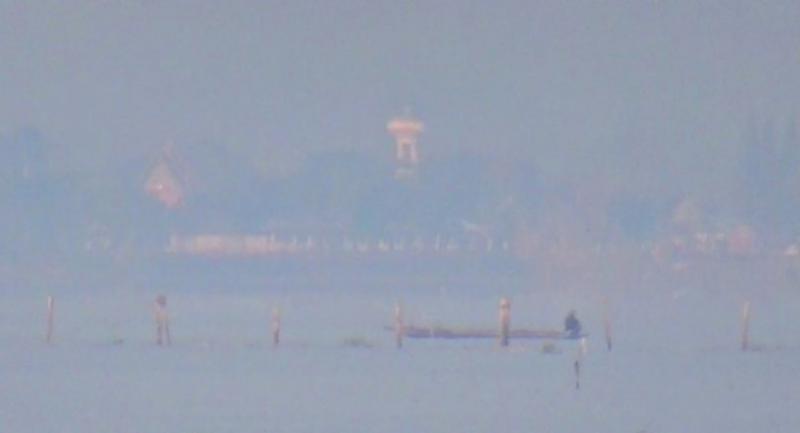 CLIMATE CHANGE and air pollution are interrelated, say environmental experts as they call for the authorities to take simultaneous and urgent action to tackle these problems and avoid serious consequences.

Academics and experts from UN Environment Programme (UNEP), Chiang Mai University and Geo-Informatics and Space Technology Development Agency (GISTDA) all pointed out that the rising global temperatures and air pollution are closely related, as one problem creates the perfect environmental conditions that worsen the other problem.

Asst Professor Somporn Chantara, head of Chiang Mai University’s Environmental Science Research Centre, disclosed that the aggravation of the seasonal smog in the North this year is a vivid example of the connection between air pollution and climate change. Somporn said that judging by the factors related to the seasonal smog in the North over the past five years, it has been noticed that changing climate conditions each year had a larger influence on the severity of the smog this year than previously thought.

“Considering empirical evidence, air-pollution database and hotspot count, it is safe to say that the PM2.5 smog situation in the North during this dry season will be considerably more severe than the previous two years, and more closely matched to the air pollution in 2014 and 2015,” she noted.

“From this observation, we notice that the smog period tends to be shorter and milder during wetter and cooler years like 2016 to 2018, while in hotter and drier years like 2014, 2015 and this year, the smog |situation is prolonged and more serious.”

She said the reason behind this is simply because it is more difficult to start a fire in wet weather conditions, and even tougher for wildfires to spread, while it is very easy for fires to ignite and spread in hot and dry weather.

Since February, the people in the North have been living in hazardous conditions, as the level of very fine PM2.5 particulate matter in the air is far beyond the safe standard during most of the day.

The Air Quality Health Index of PM2.5 level in Chiang Mai’s Samoeng district measured beyond 700 micrograms per cubic metre of air, which is seriously hazardous to people’s health.

Anusorn said humans are to blame for nearly every wildfire, identified as hotspots from satellite surveillance, and insists these wildfires are closely connected to the smog and climate change, as the higher the number of hotspots, the greater the shift in climate conditions.

The tradition of burning forest waste to forage for forest products, and the slash-and-burn farming technique, are the two major sources of the PM2.5 smog problem in the North, and is also, in turn, emitting large quantities of greenhouse gases and further aggravating climate change.

Somporn disclosed that the accumulation of PM2.5 particles in the air also affects the precipitation pattern, as a dense cloud of smog impedes the formation of rain clouds, lowers the amount of rain and eventually makes the area more arid.

The Foundation for Agricultural and Environmental Conservation said if every maize farm in Thailand used the slash-and-burn method, it will not just boost PM2.5 levels, but will also release 2,812 tonnes of carbon and 6.25 million tonnes of carbon dioxide, which is equal to the emission of 1.32 million cars.

Hence, it urged farmers to opt for more environmentally friendly methods to get rid of leftover organic materials on their farms, such as making fertiliser from farm waste instead of burning it.

In an article published last Tuesday, UNEP said that though climate change and air pollution seem to be very different issues, they are indeed “two sides of the same coin”.

The article said that since humans are consuming more than ever before, we are polluting the air with many kinds of pollutants, such as carbon and greenhouse gases.

UNEP also cited the Inter-Governmental Panel on Climate Change’s report, which said that fine particles such as PM2.5 and carbon can affect the climate by absorbing the heat from sunlight, warming the atmosphere and disrupting cloud formation.

However, UNEP’s climate change expert Niklas Hagelberg said the close connection between air pollution and climate change also means if we can control one problem, it will help relieve the other problem, especially when we already have the technology to control air pollutants.

“When addressing air pollution, we also address a critical and easy-to-implement solution to climate change. Short-lived pollutants are negative in every sense, and we have proven technology and policies to economically and immediately reduce air pollution,” Hagelberg said.

“We should continue cutting down on the release of greenhouse gases like carbon dioxide as well.”