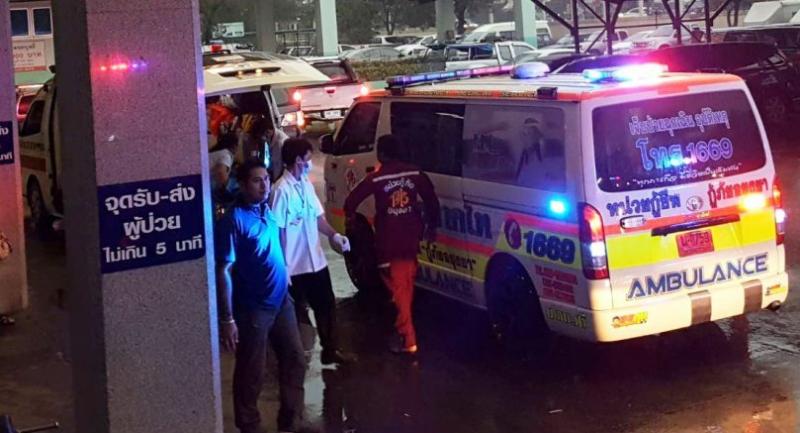 Road-accident injuries rank top in the list of health problems among working-age citizens between 20 and 60 years old, according to the number of calls for help made to the National Institute for Emergency Medicine (NIEM) hotline 1669 since May 1 last year.

Other leading health issues reported to the emergency hotline during the past 12 months concerned muscle weakness/chronic paralysis and stomach/back/pelvic pain.

Pairoj noted that, during the same period, there were also reports via the 1669 hotline that 42,127 workers had sustained injuries from accidentally falling from a height, falling over and other accidents at work.

He therefore urged businesses to provide good welfare for their workforce, up to the international standard, and to ensure a safe working environment for all employees.

He also urged workers to ensure the safety of the equipment they use and their working environment, in order to prevent accidents at work.

The NIEM hotline had in the past 12 months received reports of 24,354 working-age persons with a respiratory difficulty, which is a symptom common to several emergency aliments, including STEMI.

STEMI – with common symptoms including chest pain or discomfort especially when doing heavy lifting, shortness of breath and pain when inhaling deeply, palpitations, dizziness or light-headedness, and diaphoresis – is a serious type of heart attack during which one of the heart’s major arteries is blocked, resulting in myocardial infarction, he explained.

STEMI risk factors include a previous history of STEMI in the family, cigarette-smoking, or having other chronic ailments such as high blood pressure, high blood cholesterol, diabetes and obesity.