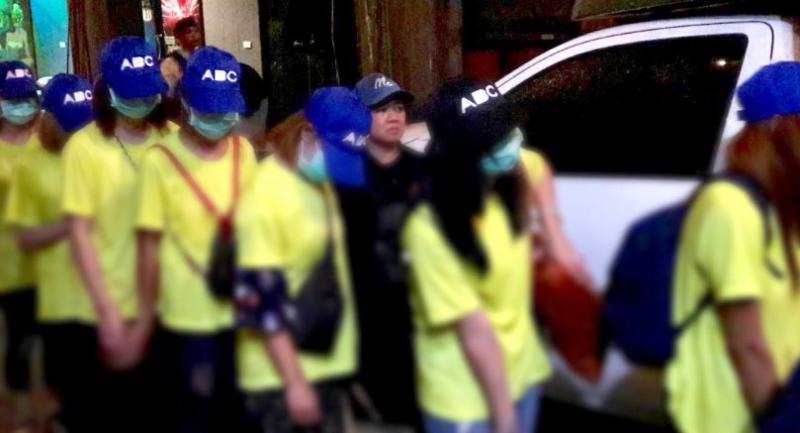 PRIME MINISTER General Prayut Chan-o-cha has confirmed the government’s commitment to keep cracking down on human trafficking crimes as a national priority. His comment came as the Cabinet was yesterday updated on the progress made last year in preventing and suppressing human trafficking.

There were 304 human trafficking cases during (fiscal year) 2018 – these comprised 258 cases of sexual exploitation, 35 of forced labour, eight involving human trafficking of street beggars and three involving extortion. More than 75 per cent of these cases had been solved and processed by the justice system, said assistant government spokesman Athisit Chainuwat, citing the report by the Ministry of Social Development and Human Security (MSDHS).

Athisit also said the number of victims of human trafficking who received protection at shelters under the MSDHS had been on the rise and that the human trafficking prevention and suppression fund had paid a total of Bt6.15 million in compensation to victims in the same period, a slight increase over the previous year’s Bt5.64m.

The report also noted that the mission also received a budget of Bt3.8 billion for the current year, a 4.53 per cent increase over the previous year’s Bt3.64bn.

Thai authorities have also been trying to legalise foreign migrant workers, check on their national identity/working status and provide skills training in order to stop them from being exploited by human traffickers, he said.

Even as policymakers were discussing this in Bangkok, operatives on the ground continued to wage war on human traffickers. The raid against the Relax Pub on Charoen Khet Road was carried out at 8.30pm by officials from the Provincial Administration Department and the Department of Special Investigation, local police and district officials, as well as staff of an international non-governmental organisation.

Two of the 12 Lao women are thought to be under 18 years old and have been sent for bone tests at the provincial hospital to determine their real age.

The raid also netted bar owner Anon Hakaew, 41, manager Sakda Khamkanya, 34, and two unnamed staff members, who were charged with providing prostitutes, owning a venue for prostitution, operating an entertainment place without a licence and hiring undocumented workers. If the two Lao migrants are found to be under 18, the four suspects will face more charges, the officials said.

The investigation found that the bar allowed customers to take the Lao sex workers out for sex services at a rate of Bt1,500 per hour or Bt3,000 per night.

Bt750-Bt800 of this went to the bar’s coffers while the women had to wait until the end of the month to get their share.

The latest arrests followed a March 21 raid on a karaoke shop in Nong Khai’s Chiang Khan district that stemmed from a tip-off by the same NGO. That raid rescued 10 Laos women, one of whom told Thai authorities they used to work at the karaoke shop in Sungai Kolok, triggering an investigation that led to Monday’s raid.