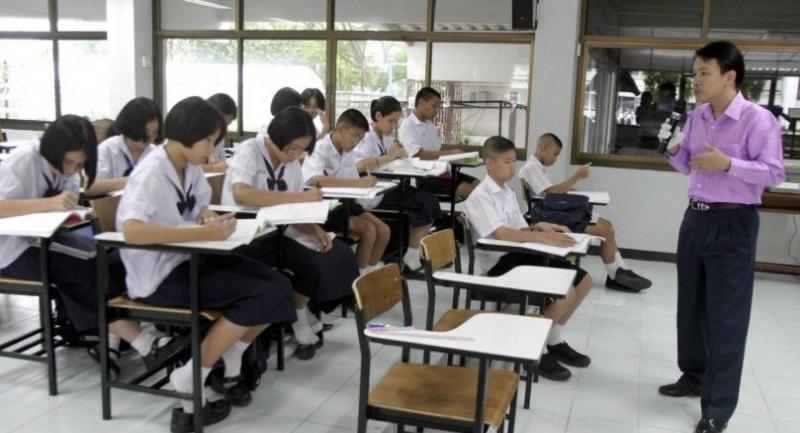 VERY SOON students will no longer have to take entrance exams until Matthayom 3, thanks to the draft decree on national education, which has sailed through.

The decree will also make many other changes in the educational sector, affecting teachers, education officials, schools, tutorial schools and educational agencies.

“The Council of State has cleared the draft decree,” Charas Suwanwela said yesterday in his capacity as president of the Independent Committee for Education Reform (ICER). He added that the decree would be presented for royal endorsement very soon.

“Once it receives royal endorsement, it will bring about real reforms, particularly in relation to the establishment of the National Educational Policy Committee [NEPC], which will be chaired by the prime minister,” Charas said.

He added that the Office of the Education Council was working on changing itself into the secretariat for the NEPC. “In its new role, it will compile information for the efficient formulation of appropriate educational policies. There will not be too much red-tape,” he said.

Charas added that ICER would continue working until the NEPC is established.

Among the controversial points were: punishment for agencies failing to provide integrated educational services and leaving goals unmet, school directors to be referred to as headmasters/headmistresses, teaching licences to be replaced by certificates and the establishment of a new curriculum institute.

Chulalongkorn University’s lecturer, Asst Professor Athapol Anunthavorasakul, said the draft decree was too flawed to sail through, and in a Facebook comment yesterday he said everybody involved was forced to adopt this reform.

“This is how educational reform is done through the collaboration of a dictatorship, technocrats and interest groups,” the comment read.

When asked if the draft decree had been changed while being reviewed by the Council of State, Charas firmly said “no”. Instead, he praised the government for being brave enough to push ahead with educational reform, despite the opposition.

“All this opposition is imaginary. The essence of the draft law aims to make real reform,” he said.

In a bid to ensure that reforms do go ahead, the government has resolved to write up a draft executive decree – instead of sticking to the original plan of preparing a National Education Bill. The legislation of a bill normally takes longer.

Assoc Professor Daranee Utairatanakit, a member of the ICER, said yesterday that the Institute for the Promotion of Teaching Science and Technology (IPTST) would become a curriculum institute once the law is enforced.

Critics, however, insist that since the institute is only familiar with science and technology, it may not be fit to handle a curriculum covering all fields. As for the ban on exams for children, Daranee said this was in line with the Childhood Bill.

Jiruth Sriratanaban, who chairs a panel drafting the law, separately said that the Education Ministry would have to comply with new legal stipulations once the decree goes into effect.

“But I think full compliance will not be possible in the current academic year,” Jiruth said. “I think we will only see solid action and tangible effect next year.”