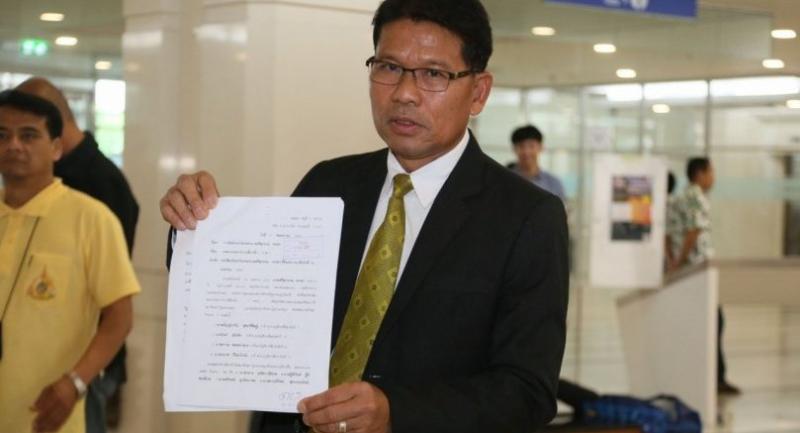 Future Forward party candidates on Friday again denied an activist's accusation that they have shares in media companies.

Srisuwan Chanya, a social activist, earlier this week, asked the EC to take legal action against 11 candidates of the party, claiming they owned shares in media firms.

If a candidate is found guilty of the claim they could be jailed for up to 10 years and/or fined Bt20,000 to Bt200,000. Their electoral rights would be banned for 20 years.

Party list candidate Karom Ponpornklang, representing the 11 candidates, told reporters that he and other candidates had no stocks in any media companies. He claimed Srisuwan was politically motivated and has no evidence to back up his claims.

Karom also referred to the candidates’ request for police to take action against Srisuwan for filing false information against them on Thursday.

He said Srisuwan should take responsibility for the allegation and should not walk free when they proved groundless.

“We submitted the police’s request to the EC to protect our rights,” he said. Srisuwan said he was not disturbed by the police complaint, saying he had enough solid evidence before he approached the EC.

The Future Forward leader, Thanathorn Juengrungruengkit, also faced the same allegation and has already met the EC panel to defend himself.