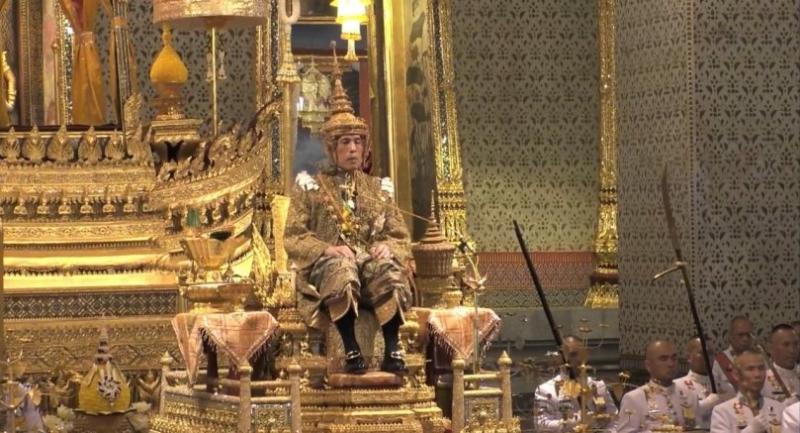 His Majesty the King grants a grand audience to members of the Royal Family, the Privy Council and the Cabinet and senior officials on Saturday. He thanked them for their best wishes and urged them to join him and Thai people in working towards prosperity and happiness.

The session began at 2.59pm at Amarindra Vinicchaya Throne Hall during which the audience offered their best wishes to the King. HRH Princess Maha Chakri Sirindhorn led the group to congratulate the King on his coronation and wished him good health and prosperity. Prime Minister Prayut Chan-o-cha joined the well wishing and followed by other high-ranking officials in all branches.