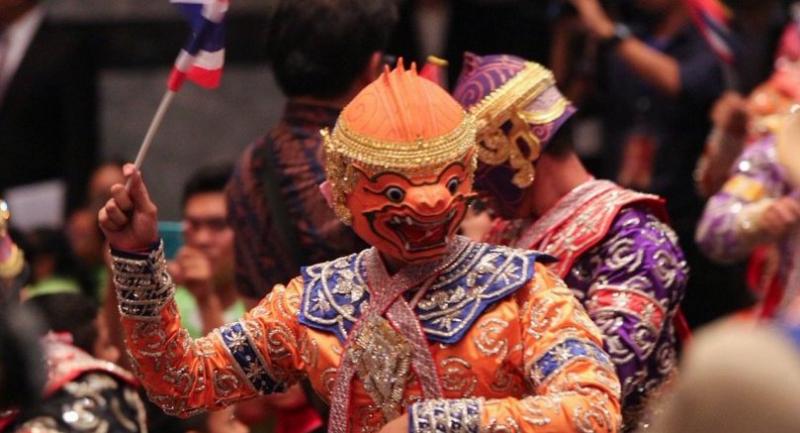 Thousands of artists and performers throughout the Kingdom will express their gratitude to the new monarch during seven days of cultural entertainment from May 22-28, to mark the coronation of HM King Maha Vajiralongkorn. Thailand has a tradition of arranging entertainment and art performances after the King’s Coronation ceremony. The government has assigned the Culture Ministry to organise performances to celebrate the coronation of the new King throughout the Kingdom.

“The ceremony in Bangkok will kick off on May 22 at 6pm with blessing dances at Sanam Luang. The highlight will be a khon masked dance involving more than 600 performers. Every night there’ll be a light and sound show entitled “The Light of the King’s Kindness”, Vira said, adding that the ceremony will kick off at the same time throughout the Kingdom.

The seven-day event wraps up on May 28 with exciting drum performances from four regions of the country.

The puppet theatre will be staged daily from 5.45pm to 6.45pm on the stage opposite the Supreme Court. The other performances will be held from 6.30pm to 9.30pm on the main stage. The light and sound performance will cap the day from 9.30pm to 11pm.

The ceremony will also feature an exhibition of King Rama X and demonstration of Thai cuisine and khon mask-making.