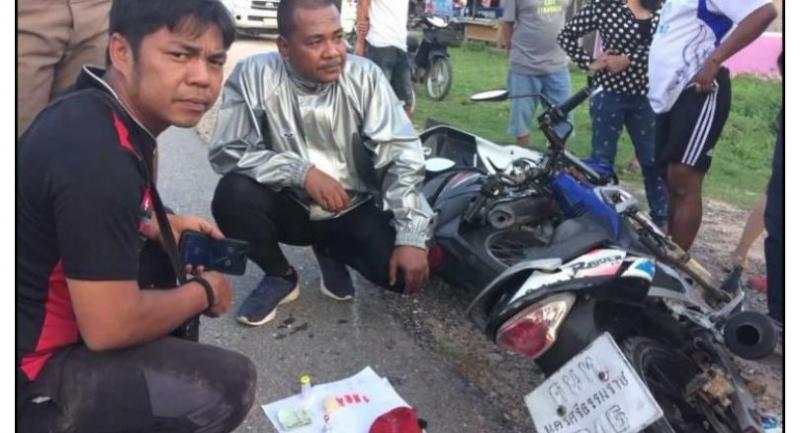 A man has been arrested after fatally injuring a 71-year-old motorcyclist while speeding to allegedly deliver drugs in Nakhon Si Thammarat’s Tham Phannara district on Tuesday evening.

Police said the accident happened on the Tham Phannara-Than Por road in Moo 9 villae in Tambon Tham Phannara at 6.20pm.

Somsak Chotechoei, 71, was rushed first to the district hospital and then to the provincial hospital, where he died from injuries sustained in the collision.

The alleged drug dealer, Winai Suphan, 35, was arrested at the Tham phannara district hospital after police found 35 methamphetamine pills in a small pouch attached to his motorcycle’s key.

Witnesses told police Somsak was returning from a market when he was hit from behind by Winai’s speeding bike, knocking him on to the road where he sustained a severe head injury. He died from loss of blood in hospital.

Police detained Winai at the hospital pending his recovery, when he will be charged with possessing narcotics with intent to sell and reckless driving causing death.