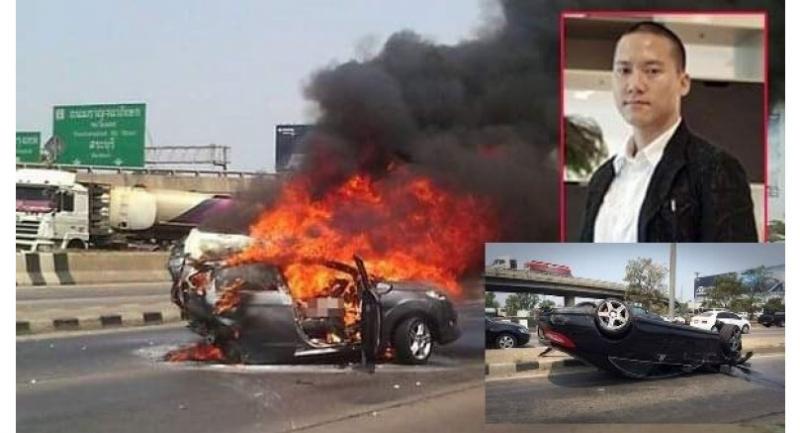 The Appeals Court on Wednesday upheld a guilty verdict against a driver of a Mercedes Benz who crashed into another vehicle, causing a fire that killed the driver and his girlfriend in 2016.

The Appeals Court upheld the ruling of the primary court that found Jenpop Weeraporn, 37, guilty of driving under methamphetamine when his car crashed with a Ford on Phaholyothin road in Moo 8 village in Tambon Chiang Rak Noi in Ayutthaya’s Bang Pa-in district on March 13, 2016.

The crash caused a fire in the Fiesta, killing the driver, Krissana Thavorn in his 30s and Thanthapat Horsaengchai.

The primary court sentenced Jenpop to two years and six months in jail. But relatives of the two victims, who were co-plaintiffs, appealed for a harsher penalty.

The Appeals Court initially sentenced Jenpop to six years in jail but commuted it to four years on the grounds that his testimony was useful during the trial. The court ordered him to be jailed immediately.